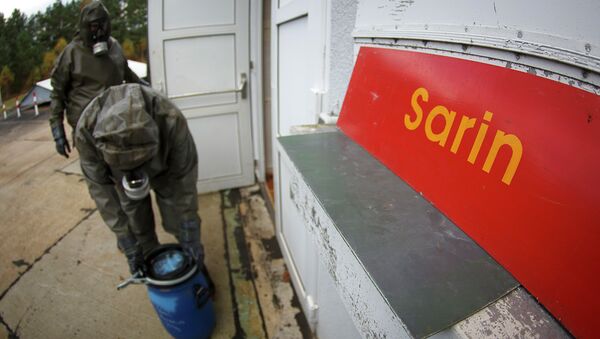 The threat of a terrorist attack involving chemical or biological weapons in the UK is rising, Minister of State for Security Ben Wallace has warned, reports suggest.

Speaking at a security conference in London, Wallace is reported to have said he'd seen plots "where the only limit to the ambition of our adversaries is their imagination".

As he spoke, he alleged, terrorists "continue to explore new ways to kill us on our streets", with the prospects of a chemical and biological strike "marching in closer", as they'd "developed and worked on a better arsenal. He urged citizens "to be prepared for the day" such an attack "might come" to British streets.

Europe Engulfed by Growing Fear of Returning Fighters – Professor
One source of such a strike could be individuals who left the country to fight on behalf of Daesh [banned in Russia] in Iraq and Syria, who returned or intend to return home, bringing back knowledge they learned on battlefields there with them. Wallace suggested around 900 UK citizens had gone to fight in Syria and Iraq and just under half had returned, while over 150 had been killed.

In 2017, Britain suffered five attacks authorities blamed on terrorism that killed 36, four of which were carried out by Islamist militants.

Basu also repeated a warning from police that failure to strike a deal with the European Union allowing Britain to continue sharing and receiving intelligence with European allies would harm the fight against terrorism.

"UK policing currently utilizes 32 European law enforcement and national security measures on a daily basis. The loss of one or more of these measures, particularly covering areas such as intelligence-sharing, surveillance, pursuit and extradition, would have a significant operational implication for us," he explained.