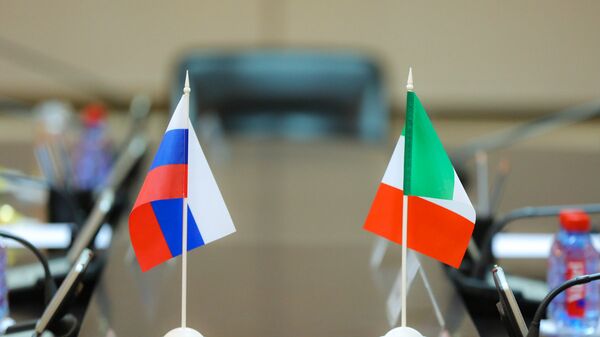 © Photo : minsvyaz.ru
Subscribe
International
India
Africa
MOSCOW (Sputnik) - Russian Foreign Minister Sergey Lavrov said on Monday that there was nothing secret in the April visit to The Hague by the Russian experts accused of espionage by the Dutch authorities.

"There was nothing secret about the trip of the Russian specialists to The Hague in April of this year… It was a routine trip, they did not hide, neither when they checked into the hotel, nor when they arrived at the airport, nor when they visited our embassy," Lavrov told a press conference after talks with Italian Foreign Minister Enzo Moavero Milanesi.

The Russian top diplomat stressed that the claims could have been made public as a "distraction" ahead of the NATO ministerial meeting.

Lavrov added that the Russian citizens were detained without any explanations and without allowing them to contact the Russian Embassy. Six months after the expulsion, the Dutch press reported on the Russians' alleged cyberespionage activities, Lavrov said.

"We immediately became interested in this development, invited the Dutch ambassador to the Foreign Ministry and asked about the details, facts regarding that leak that appeared in the media," Lavrov said.

The foreign minister added that the Russian side heard "nothing plausible" at that meeting.

"I would also like to draw your attention to the fact that this press conference coincided with the NATO Defense Ministers meeting… A meeting of the European Council will also take place soon, and the EU heads of state and government will also address various issues. Probably, it seemed to someone that digging up the April story and making it public right now will help to divert attention from complex issues that are being discussed now both in the European Union and, to a certain extent, in NATO, including the proportion of defense capabilities of these two structures," Lavrov said.

On Thursday, Dutch Defense Minister Ank Bijleveld said that four Russian citizens had been expelled from the Netherlands on April 13 on suspicion of an attempted cyberattack on the Organization for the Prohibition of Chemical Weapons (OPCW), noting that the suspects had diplomatic passports.

The Russian Foreign Ministry has refuted the claims shortly after Bijleveld's statement and stressed that the "spymania campaign" unleashed in the Netherlands is seriously hurting bilateral relations.