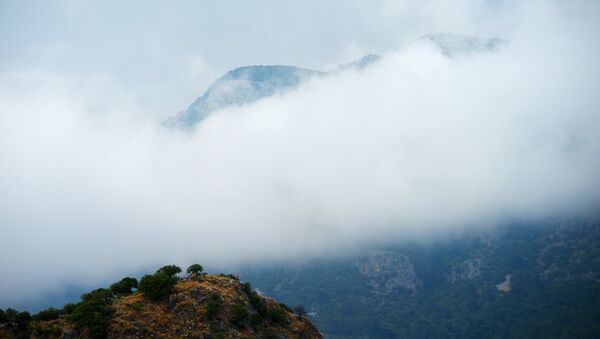 The five-meter-long arch over a stream, which had stood for ages, disappeared over the course of one week in fairy-tale fashion, puzzling and saddening locals. While some are grieving over childhood memories that are attached to the relic, others suspected foul play and treasure hunters.

Villagers from Arslanca in Eastern Black Sea region have recently found only an abutment where a five-meter stone bridge, connecting three highland areas, divided with a stream, used to be for about 3 centuries, as the outlet Daily Sabah reports.

According to the reports the bridge was still there, as always on October 1, but 5 days later there was almost nothing left at the site. Locals have used it to drive herds across a stream in this mountainous neighborhood over year.

​While some suspected destruction by natural cause, mentioning heavy rains or perhaps that it might have collapsed, others suggested the human element, as none of the stones have been found on the banks downstream or at the site itself. Eventually, they reported the case to the police station, which is investigating the disappearance.

"The bridge is 300 years old. Villagers going to highlands were using this bridge with their animals when the stream's flow rate was high. The people tore down the bridge to look for treasures and money," he told Demirören News Agency (DHA).