Extraterrestrial or Seaborne? Mysterious Object Washes Onto US Beach (PHOTO) 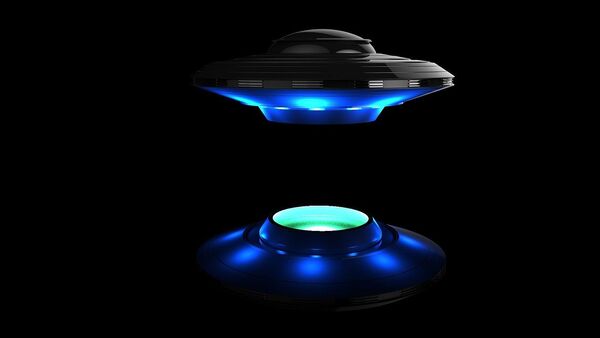 A strange object that appeared on the beach of an island in South Carolina has left online users scratching their heads and led to all kinds of speculation, with theories ranging from dredge pipe floats to alien spacecraft.

The Charleston-based nonprofit Lowcountry Marine Mammal Network has posted a photo of a mysterious round-shaped hollowed-out object that has washed up the shore of Seabrook Island in South Carolina.

According to LMMN, town officials have picked up the odd-looking thing, which has only added fuel to speculations.

A bunch of more down-to-earth Facebook users contended that it could be the inside of a buoy or some part of a floating oil rig — an assumption backed by LMMN, which described the object as "foam-like."

At some point, Captain Obvious rushed to the rescue to quell all doubts. "It appears to be a woman with a cell phone," a cheeky user wrote.

One man has come up with a more grim explanation: "Part of the space shuttle Challenger that blew up about thirty years ago. Looks like a rocket nozzle to me. Notice the different insulating materials. Take a sample of the insulating material and try to burn it to see if it melts."

Another explanation was that it was a pipeline floater. However, it was dismissed by a user who claimed it was the weight at the suction end.