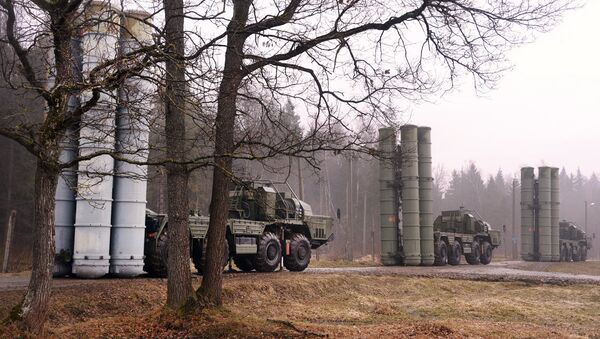 MOSCOW (Sputnik) - The delivery of S-300 air defense systems to Syria is a natural development of the alliance between Syria and Russia, an analyst and a politician told Sputnik.

The delivery was met with concern on part of Israel and the United States. Israeli Defense Minister Avigdor Lieberman said on Wednesday that Israel was unhappy about Russia's delivery of S-300s to Syria, but had no choice in the matter and would continue military operations in Syria. US Department of State spokeswoman Heather Nauert said on Tuesday that the deployment of these systems in Syria would be "a serious escalation and concern."

"S-300 is a defense system, and Syria is not going to attack anyone. It is Syria that is being attacked, that is why it will strengthen its security and stability," Dr. Bassam Abu Abdullah, a political sciences professor at Damascus University, told Sputnik.

The decision to supply Syria with the defense systems followed the crash of a Russian military plane, downed by a missile launched by a Syrian S-200 air defense system targeting Israeli F-16 jets. The incident claimed the lives of 15 Russian troops.

The Russian Defense Ministry has blamed the crash on the Israeli Air Force, claiming that the Israeli jets used the Russian aircraft as a shield against Syrian air defense systems. Israel has refuted the accusations and insisted that Moscow was warned about the air operation in a timely manner.

Dr. Abdullah stressed that Israel will have to be more careful in its Air Force operations now that Syria has received new air defense systems.

Najdat Anzour, the deputy speaker of the Syrian Parliament, said that the S-300 delivery was "a natural development of the Syrian-Russian alliance."

"This decision will help build trust in the strength of the relationship, and Israeli attacks will not repeat without a response," Anzour told Sputnik.

According to the Damascus University professor, Russia's decision to deliver S-300s to Syria would help "change the balance in the region."

"This decision of Russia is very significant and will lead to the changes in the balance in the region and boost Syrian air defense systems, strengthen the Syrian sovereignty and ensure that the region is more secure and stable," the expert said.

The S-300 delivery is important "from the point of view of defending Syria's sovereignty," Burak Bilgehan Ozpek, an associate professor with the Department of Political Science and International Relations of the TOBB University of Economics and Technology, told Sputnik.

"Russia decided to deliver S-300s to Syria not only to deter Israel, but this measure is also against any possible attacks on Syria and its military facilities under the pretext of [Syria's] use of chemical weapons," the expert said.

In early April, a number of media outlets, citing Syrian militants, reported on Damascus using chemical weapons in the town of Duma. The alleged attack prompted France, the United Kingdom and the United States, all of which blamed Damascus, to fire over 100 missiles targeting facilities linked to the Syrian government. Damascus has strongly refuted the allegations.