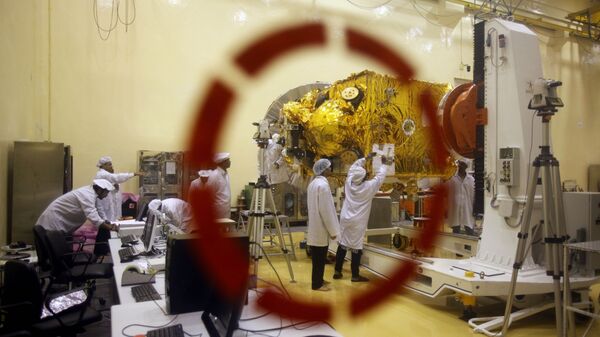 India’s first manned spacecraft Gaganyaan is designed to carry three people and will be placed in low earth orbit, 300-400 km above the surface of the planet. India has set an ambitious deadline of 2022 to complete the mission.

New Delhi (Sputnik): Russia has offered help to India in its first manned space program. An agreement to this effect was signed on the sidelines of the annual bilateral summit that concluded in New Delhi on Friday.

The Memorandum of Understanding (MoU) between the Indian Space Research Organization (ISRO) and the Federal Space Agency of Russia, Roscosmos, on the Joint Activities in the Field of Human Spaceflight Program, was signed by Roscosmos Director Dmitriy Rogozin and Indian Foreign Secretary Vijay Gokhale.

Roscosmos signed a memorandum of cooperation in the field of manned space and satellite navigation with ISRO during Putin's currently underway annual summit visit. https://t.co/r3DAEKjOJa

"The Indian side had approached us with a request on the implementation of its own project, ensuring the launch of an Indian astronaut to space in 2022," Deputy Prime Minister of Russia Yuri Borisov told reporters after the agreement was inked.

India Asks Russia for Help in Sending Astronaut to Space in 2022 - Deputy PM
Indian Prime Minister Narendra, in his Independence Day address to the nation on August 15, had announced the country's plan to launch a manned space mission.

To help India establish its own navigation systems, like GPS or GLONASS, Russia has agreed to allow India to set up a monitoring station near Novosibirsk in Siberia.

Russia has played an important role in India's space journey, and space cooperation has remained one of the key pillars of the strategic partnership.

READ MORE: Indian Astronaut May Travel to ISS on Board Russia's Soyuz in 2022 — Source

In 1981, Indian Air Force officer Rakesh Sharma became the first Indian to travel to outer space. He made the trip in a Soyuz T-11 spacecraft, and was accompanied by a Russian commander and a Russian flight engineer. India and Russia have four decades of experience working together in the space sector. The former Soviet Union launched India's first two satellites, Aryabhata and Bhaskar, into orbit from Baikonur Cosmodrome.