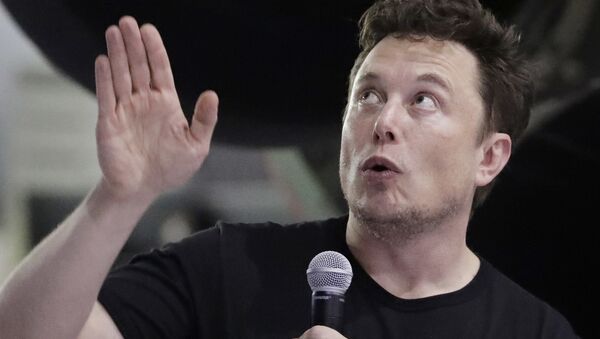 Musk, who had been in a legal battle with federal regulators, posted a tweet calling the SEC the “Shortseller Enrichment Commission” and expressed anger over the suspicions that his tweets had affected the company’s share price. Recent moves by the SEC against Musk have sent Tesla stock sliding, rewarding shortsellers, or traders who placed bets the stock would tumble.

Just want to that the Shortseller Enrichment Commission is doing incredible work. And the name change is so on point!

Musk also slammed short selling as a concept, contrary to what he said in a tweet back in 2012, when he said that “even though they cause me grief,” he would defend the existence of shorts, as “they are often unreasonably maligned.” Six years later, he has changed his mind, tweeting that the years had taught him “they are indeed reasonably maligned.” He also added that what short sellers are doing “should be illegal.”

What they do should be illegal

Musk also engaged in a conversation with his Twitter followers, saying that if Tesla investors “are truly long-term, it will be fine” and giving financial advice on what to do with Tesla shares.

Musk has been involved in the confrontation with the SEC since August, 7, when he tweeted that he had secured funding to take Tesla private at $420 a share, which, allegedly, caused the company’s stock to soar. The SEC started an investigation, stating that Musk hadn't secured the funds and filed a lawsuit against the billionaire last week.

The agency announced on Saturday that Musk had agreed to a settlement deal to step down as Tesla’s chairman and pay a $20 million fine. Tesla also agreed to pay a separate $20 million fine to settle claims it had failed to adequately police Musk's tweets.

However, the settlement still needs to be accepted. Judge Alison Nathan, a US District Court judge in New York, requested a joint letter — due October 11 — explaining why she should approve the settlement, as the SEC originally demanded Musk be barred from serving as an officer or director with Tesla.

“I think it’s the judge being careful,” said Jay Dubow, a partner at Pepper Hamilton and a former branch chief with the SEC's enforcement division, according to CNN. The attorney said the judge may elect to strike down the settlement and would be within her rights to do so. “It’s a high-profile case,” Dubow told CNN.

The proposed SEC settlement also requires Tesla to put additional controls in place “to oversee Musk’s communications.” Agency representatives have declined to comment on Musk’s latest tweets, and Tesla has not responded to reporters’ requests.