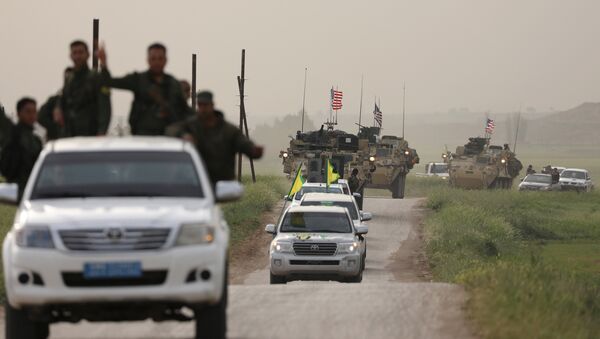 ANKARA (Sputnik) - The Kurdish People's Protection Units (YPG) did not withdraw from the northern Syrian town of Manbij, as was ordered by Turkey and the United States, and are preparing to defend the town, the Anadolu news agency reported on Friday.

In early June, Turkey and the United States adopted a roadmap that provided for the withdrawal of the US-backed YPG, which is regarded by Ankara as an affiliate of the Kurdistan Workers' Party (PKK), from Manbij. The PKK is listed as a terrorist organization in Turkey, the United States and the European Union.

Meanwhile, the Syrian authorities have condemned the presence of Turkish and US forces around Manbij.