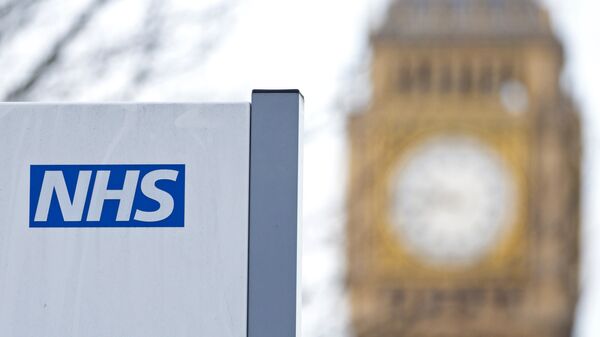 A private company contracted by Britain's National Health Service (NHS) has been storing away hundreds of tonnes of clinical waste, including festering human body parts and dangerous chemicals, according to a leaked report.

A cache of NHS England memos which were reportedly seized by the UK's Health Service Journal (HSJ), reveal that the company, ‘Healthcare Environment Services Ltd' (HES), had presided over the accumulation of potentially infectious bodily liquids, amputated limbs and toxic clinical materials at five of its waste handling facilities across the UK.

Healthcare Environmental Services are reported to be working with upward of 50 NHS trusts in Britain.

BREAKING: A major waste disposal company to NHS trusts stockpiled human body parts and toxic liquids, sparking a COBRA meeting and more government action. Up to 50 affected trusts on standby to store their waste on-site in specialist trailers as part of contingency. pic.twitter.com/MMMvXr0QeY

A spokeswoman from Downing Street's Environmental Protection Agency has been widely quoted as saying that, "the Environment Agency has found Health Environmental Services to be in breach of its environmental permits at five sites which deal with clinical waste."

"We are taking enforcement action against the operator, which includes clearance of the excess waste, and have launched a criminal investigation," she added.

London has tried to ensure the public that no health risk exists. Yet, allegedly, the ruling Conservative party's health and social care secretary, Matt Hancock, chaired a hushed meeting in September 2018 about the macabre crisis under the banner of the government's so-called ‘COBRA' national incident committee, during which he sanctioned £1 million to be funnelled into sorting out the problem.

Shockingly, HES functions as the only service provider of waste disposal for all NHS hospital sites in Scotland, and many in England. Reportedly, HES collects about 584 tonnes of what is described as ‘incineration only' waste, as well as 1,972 tonnes of ‘non-hazardous waste.'

It is said that the leaked documents reveal that at one of the company's sites in Normanton, West Yorkshire, over 350 tonnes of clinical waste — including human organs and other bodily tissue — had built up, exceeding the permitted limit by 70 tonnes. In an overdue attempt to grapple with the unfurling crisis, it is reported that the company's seniors are looking into the possibility of shipping about 650 tonnes of the waste to other European countries, namely Holland, to be dealt with accordingly.

Disgusting. Tories don't value human life. All they care about is money and their fat cat friends

Downing Street has also tried to assure the public that their "priority is to prevent disruption to the NHS and other vital public services," adding that "work is under way to ensure organisations can continue to dispose of their waste safely and efficiently."

It is unclear whether such attempts at assuaging the public over this latest crisis will work, especially considering the government is already knee-deep in ongoing national opprobrium for its widely condemned cuts to the NHS, spanning over the past eight years. Some will no doubt point to the revelations about HES' grim conduct as yet more evidence that the Conservative Party's privatisation agenda is a failed enterprise.

HES says that the crisis has in large part been precipitated by the UK's increasingly outdated incinerators and unnecessarily stringent disposal regulations, which they argue hampers the ability to keep up with the massive amount of waste accumulating across its sites.

An HES spokeswoman said the issue is down to the UK's "ageing incinerator infrastructure, prolonged breakdowns and the reliance on zero waste to landfill policies, taking up the limited high-temperature incineration capacity in the market."

"Healthcare Environmental has been in discussion with the environmental regulators and has consistently highlighted these issues," the spokeswoman added.