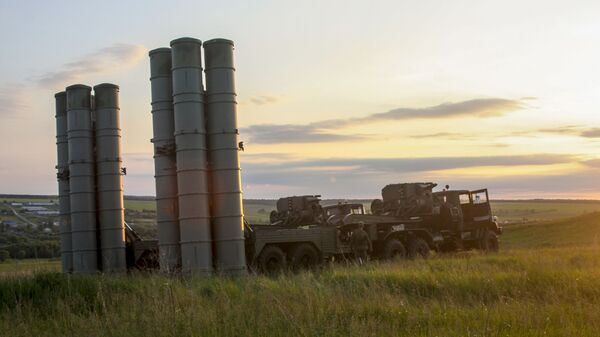 The deconfliction channel between Russia and Israel shall remain in place despite the Il-20 downing, Russian Deputy Foreign Minister Sergei Vershinin stated.

The S-300 systems supplied by Russia to Syria will provide a qualitatively new level of air defense, this delivery will be followed by other steps that the Ministry of Defense has previously spoken of, Vershinin told Sputnik.

"Indeed, the S-300 anti-aircraft missile systems have been installed, this is a qualitatively new level of air defense, I will emphasize defense. The steps that were publicly announced by Russian Defense Minister Sergei Shoigu will be taken," the deputy minister said.

According to Vershinin, this changes the situation "on the ground."

Moscow hopes that Tel Aviv will exercise good judgment in the region despite Israel’s statements on the inability of abandoning military operations in Syria amid Russia's supplies of S-300 air defense systems, Russian Deputy Foreign Minister Sergei Vershinin told Sputnik in an interview.

Israel Won't Stop Ops in Syria Despite S-300 Delivery - Defense Minister
On September 24, Defense Minister Sergei Shoigu announced measures to increase the security of Russian military personnel in Syria in response to the downing of an Il-20 aircraft, the responsibility for which Russia has placed on Israel.

The Defense minister stated that in accordance with the president’s instructions, Moscow would transfer the S-300 to Syria within two weeks.

The minister noted that in 2013, at Israel's request, Russia had suspended the deliveries of S-300 to Syria, but now the situation has changed, and not through the fault of Russia. On October 2, the head of the Ministry of Defense reported the implementation of the delivery of the S-300 and other equipment to Syria.

The measure was taken to enhance the safety of the Russian military in the region. According to him, four launchers and other equipment had been supplied.

US Must Withdraw From Syria’s al-Tanf

Moscow insists that the United States should withdraw from the al-Tanf area in Syria, and the Rukban camp should be closed, Russian Deputy Foreign Minister Sergei Vershinin told Sputnik.

"This camp is located in the Al-Tanf area, which is illegally controlled by the Americans. Americans have to leave that area. While they are there, this camp is under their protection. And the entire area is quite extensive. Unfortunately, according to some information, this territory is used, among other things, to ensure that terrorists, Daesh* militants organize a shift change there and rest," he said.

US Reportedly Reinforces Base in E Syria Amid Looming Idlib Offensive
Vershinin said Moscow is concerned about the humanitarian situation in the Rukban camp.

Robert Wood, the US permanent representative to the Conference on Disarmament, said at a briefing in Geneva on Thursday that the United States will remain in Syria as long as the US president deems it necessary.