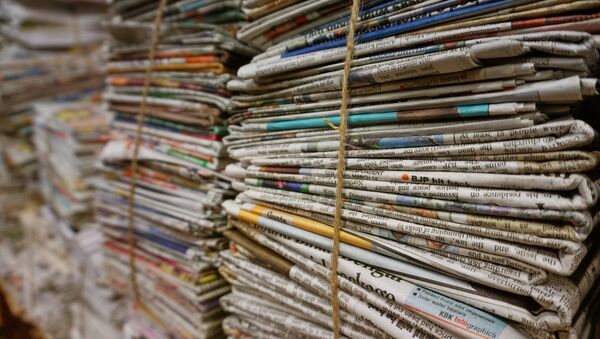 CC0 / Pexels /
Subscribe
MOSCOW (Sputnik) - Reports about the Russian Direct Investment Fund (RDIF) published by some US media are an "unfair smear campaign" and a "purposeful misinterpretation of the RDIF public statements as well as plain disinformation," a fund representative told Sputnik on Wednesday.

"RDIF has become a target of an unfair smear campaign in some media based on erroneous and unverified information from anonymous sources, purposeful misinterpretation of the RDIF public statements as well as plain disinformation. Publications by The Daily Beast represent a stark example of such campaign," the fund's representative said.

According to the RDIF representative, all of the three articles about the fund "contained numerous mistakes, misrepresentations and false statements that were subsequently corrected or withdrawn by The Daily Beast at the behest of RDIF."

"In its attempts to mislead readers about various matters relating to RDIF and its CEO Mr. Kirill Dmitriev and tarnish their reputation, the Daily Beast went so far as falsely attributing direct quotes to a person who later publicly disavowed such attribution," the fund's spokesperson noted.

RDIF stressed that the smear reports ultimately aimed to harm those who attempt to improve Russian-US relations.

"RDIF firmly believes that restoration of good relations is in the interests of both Russia and the US and calls upon media to use only correct information in their stories and otherwise adhere to the standards of responsible journalism in all of their publications," the fund said.

Foreign Investors to Discuss Failure of Sanctions With Putin at SPIEF - RDIF
Defending its reputation against a flow of misinformation, RDIF has recently corrected more than 100 erroneous and defamatory reports, including through legal action outside Russia. In June, RDIF won a dispute in the High Court of London against the Financial Times over the newspaper publishing false and unverified information about Dmitriev. In recent months, a number of media outlets, including MSNBC and The New York Times, have had to offer public apologies and rebut their publications.

The fund was set up in 2011 to help attract foreign investment in Russia. It has so far participated in over 50 projects in 95 percent of the Russian regions.