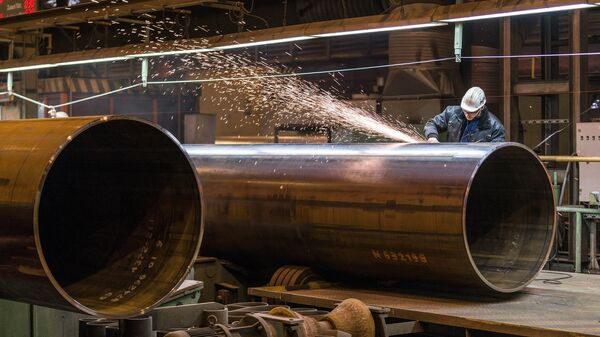 The Nord Stream 2 project envisages the construction of two gas pipelines that will run from Russia, through the Baltic Sea and to a hub in Germany, bypassing Ukraine entirely.

“We will beat another record this year. But this record will actually bring us closer to the volume of the contracted gas — 204.5 billion (cubic meters). Therefore, additional gas demand will mean that new transport routes need to be created. Because both the Nord Stream 2 and the Turkish Stream are vital for Europe,” deputy head of Gazprom, Alexander Medvedev said at a gas session of the Russian energy week forum.

"Our gas was, is and will remain the most competitive gas in Europe, there is no doubt about that," Medvedev said.

The laying of the Nord Stream-2 pipes in Russian waters will begin closer to December, the technical director of Nord Stream 2 AG, Sergey Serdyukov, told reporters.

US to Introduce Sanctions Against Nord Stream 2 Project - German Official
Nord Stream 2 has been welcomed by some countries in Europe, such as Germany and Austria, and opposed by others, including Ukraine, which may suffer transit revenue drops if the project becomes operational.

Russian President Vladimir Putin said in May that Russia would not halt the transit of gas through Ukraine if this remains cost-effective.