Frozen Noodles for Lunch? Polar Explorers Show What Happens to Food at -60°C 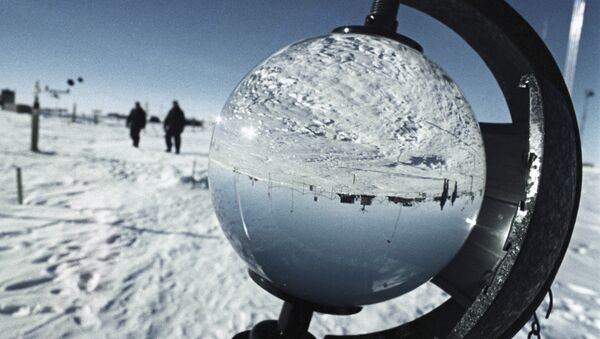 Workers at the joint French and Italian polar station Concordia recently demonstrated the severity of the Antarctic frost – using a bowl of noodles.

The image was posted on the official Facebook page of the European Space Agency, which uses the Concordia station to do some of its research. The fork with noodles on has frozen onto the bowl, making what used to be a delicious and nutritious lunch into a pillar-like figure. Another image features a smiling polar explorer, joking that in such low temperatures it is important not to cool your meal too much.

Frozen noodles for lunch, anyone? With temperatures of –60°C in #Antarctica, be mindful of how long you let your hot meal cool down! But why do we send people to live in such freezing conditions? Read about spaceflight research at Concordia station: https://t.co/nJtApW5v3x pic.twitter.com/cHXIorL4BU

Concordia is used by ESA to test the limits of human endurance before space missions. It imitates the extreme conditions space explorers face with its high altitude, low oxygen conditions. The current joint French and Italian expedition should provide data on how human bodies adapt to these conditions, making it easier to engineer future space missions. ESA’s website says that studying the effects of isolation and air pressure will help them ultimately send missions to Mars.