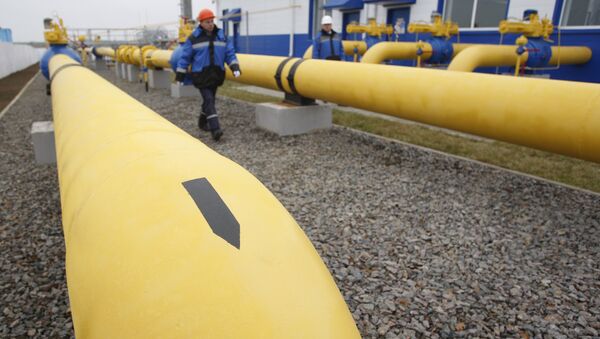 "When it comes to energy supplies to Austria and Europe, it is inconceivable to imagine them without Russia, whether one likes it or not," Kurz said after a government meeting.

The chancellor stressed the need to maintain a regular dialogue with EU neighbor nations with whom the bloc had disagreements.

"It is important to simultaneously seek dialogue, seek contact, because, in the long term, peace on our continent is possible only together with Russia and not against it," he noted.

The statement comes ahead of Kurz’s visit to St. Petersburg, where he is expected to meet with Russian President Vladimir Putin later on Wednesday to discuss a wide range of bilateral and international issues. According to Kurz, the sides will focus on cultural, economic and energy cooperation.

Kurz’s upcoming visit to St. Petersburg is set to become the fourth meeting of the two leaders this year.

At the same time, Russian Energy Minister Alexander Novak stated that Russia's deliveries of pipeline gas to the European Union may increase by 100 billion cubic meters within the next 10 years.

"We expect that the [pipeline] gas consumption will grow in Europe due to the decrease in its own output, and believe that this consumption growth will mean great potential for gas imports… We expect the import to grow by around 100 billion cubic meters in the upcoming 10 years," Novak said at the Russian Energy Week (REW) forum, which is currently underway in Moscow.

Gazprom Management Board Deputy Chairman Alexander Medvedev said that even if European gas consumption did not grow, the quick drop in its own gas output, which is especially dramatic in the Netherlands, could result in the annual volume of additional gas imports growing by at least 60 billion cubic meters by 2025. By 2030, it may reach 80 billion cubic meters, according to a Gazprom official.

"Today, more and more experts say that the estimated figures have been set too low and that the additional import volumes may reach over 100 billion cubic meters per year," Medvedev said at the REW.

The REW, which aims to promote international energy cooperation, started earlier on Wednesday and will last through Saturday. The Rossiya Segodnya International News Agency is a media partner of the event.