'This is Democracy': US Ambassador to Rome Praises New Eurosceptic Italian Gov't 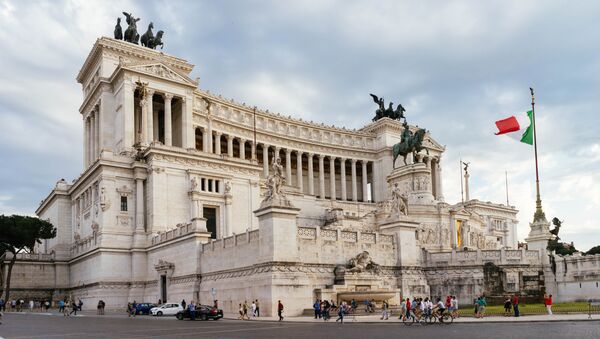 MOSCOW (Sputnik) - The current Italian government is a perfect example of democracy, its formation demonstrates the will of the people, US Ambassador to Italy Lewis M. Eisenberg said at an ANSA Forum on Wednesday.

"The current government in Italy is the quintessence of democracy in action… Aside from what each one of us thinks, the recent elections in Italy showed that the people have spoken. This is democracy," Eisenberg said as quoted by ANSA news agency.

After the general election in March resulted in a hung parliament, eurosceptic Lega party and Five Star Movement (M5S) joined forces to form a government. Rome has already clashed with the rest of the European Union when it refused to keep accommodating migrants. Most recently, Italy has been at odds with Brussels over its budget plans.

The diplomat added that both Italy and the United States were committed to democracy.

Meanwhile, earlier in the day, Italy appeared to back down in a budget battle with Brussels as Economy Minister Giovanni Tria said that Italy's heightened budget deficit of 2.4 percent of GDP would apply only to 2019 rather than the next three years. Initially, Tria reportedly aimed for a deficit under 2 percent of GDP to comply with Brussels' guidelines, but the Italian government pushed for more.