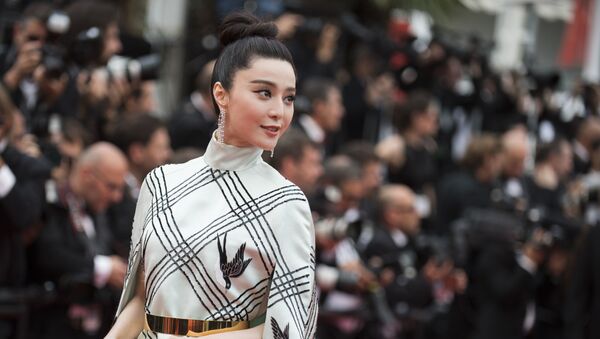 © AP Photo / Arthur Mola/Invision/AP
Subscribe
One of China’s most renowned actors Fan Bingbing, who featured in a number of Hollywood superhero blockbusters, including the X-Men and Iron Man film franchises, disappeared from the public eye in July.

Spanish Officials Lop 2 Million Euros Off Ronaldo's Tax Evasion Settlement
According to the media outlet, the authorities discovered that Fan and her related companies had failed to pay about 225 million yuan in dues.

The actress, who vanished from public view for a couple of months amid scandal about movie stars underreporting their earnings, is not expected to face criminal charges if the fines and back taxes are “paid within the prescribed time limit.”

In her first Weibo statement in months, the A-lister, who previously denied any wrongdoing, has published an apology:

“I sincerely apologize. As a public person I should be in compliance with the law and be an example for society and the industry. In the face of economic benefits, I should not lose my restraint and forsake administrative procedures that lead to violations of the law. Without the [Communist] party and the state’s good policies, without the love from the people, there would be no Fan Bingbing.”

Fan’s agent is said to have been detained for allegedly obstructing the investigation by concealing related documents and ordering evidence to be destroyed; officials at the Jiangsu taxation bureau are also being probed for purported involvement.

Man Utd Manager Mourinho Handed Suspended Jail Sentence & Fine for Tax Fraud
The investigation of Fan’s income started after she was suspected of using so-called “yin-yang contracts,” a practice where one contract contains an actor’s actual earnings, while another shows a lower figure that is submitted to tax authorities.

She was last seen in public in June while visiting a children’s hospital, and then she went missing, having stopped posting on all social media accounts, and making no public appearances.