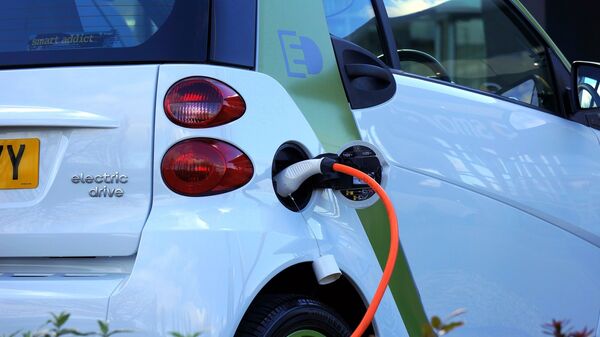 Meeting the goal of one million "green" cars will be a tough nut to crack, as there are only 9,000 electric cars traversing Danish roads at present.

As part of its forthcoming climate initiative, the Danish government intends to phase out diesel and petrol cars by 2030, Danish Radio reported.

If the Danish government had its way, registering new cars running solely on petrol and diesel would no longer be possible just over a decade from now.

"In twelve years, only twelve years, we will close the sale of new diesel and petrol cars. And in 17 years, every new car in Denmark must be an electric one or some other form of zero-emission vehicle," Danish Prime Minister Lars Løkke Rasmussen said. "This means that by 2030 there will more than one million hybrid, electric or similar 'green' cars in Denmark. It's a big ambition that won't be easy to reach," Løkke Rasmussen admitted.

How exactly this vision of an emission-free Denmark will come to fruition Løkke Rasmussen didn't dwell on, as the Danish government intends to present a more detailed plan next week.

Previously, Denmark set a goal of completely ditching fossil fuels by 2050. By contrast, Belgium has pledged to stop diesel cars by 2030, whereas Germany, Europe's largest car manufacturer, voiced a stop for internal combustion engines by 2040. Norway, Western Europe's largest producer of oil and gas, announced that it would terminate registration of fossil fuel vehicles in 2025.

Last week, the Danish Climate Council recommended that the Scandinavian country stop selling cars totally or partially running on diesel or gasoline, voicing its support for electric vehicles. According to conservative political rapporteur Mette Abildgaard, motorists account for 19 percent of Denmark's carbon dioxide emissions, or 7 million tons. The Danish government, though, plans to draw the line at hybrid cars.

The market for purely electric cars has been developing sluggishly. At the end of the first half of 2018, only 524 electric cars were registered in Denmark, placing the country 14th in the EU when it comes to the proportion of electric vehicles, alongside countries like Latvia, Romania and Slovakia, which aren't exactly considered champions of the environment, unlike the Nordics.

As of today, there are slightly over 9,000 electric cars in Denmark. In total, over 3 million cars roared on Danish roads as of 2018, of which 2.5 million were private cars. Their number has been growing steadily since World War II, hitting record after record, Danish Radio reported.

By contrast, the Danish capital of Copenhagen reached an important milestone in 2016, as bicycles outnumbered cars for the first time in its history.