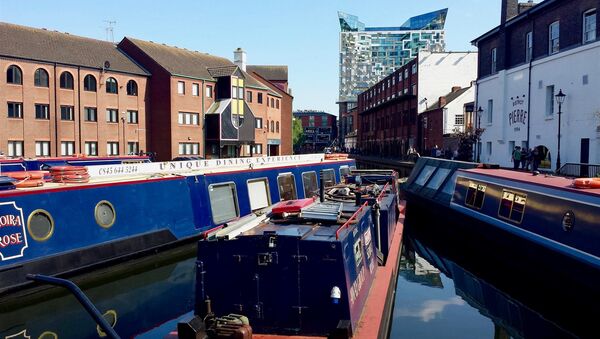 Birmingham, Britain's second-largest city located in the West Midlands, will host the Commonwealth Games in 2022 and offer valuable opportunities for direct investment and urban renewal initiatives.

A Commonwealth 2022 spokesperson told Sputnik about plans to draw investment to Birmingham, along with proposed updates on Birmingham's Perry Barr area, which will house the event.

"The Commonwealth Games 2022 will showcase the best of Britain to the rest of the world, providing new economic growth opportunities to the West Midlands and beyond while inspiring people to get involved in sport," the spokesperson stated.  He also mentioned that major sports events such as the World Cup and the Olympics have consistently brought economic benefits to countries and the cities that hosted them.

"The 2022 Commonwealth Games are an opportunity to showcase the entire country as a destination for international trade, education and tourism at a time when we are looking to reposition the UK on an international stage," he stated.  He mentioned that Birmingham plans to use the 2022 games to strengthen business opportunities, culminating into a business expo that would "attract delegates from Commonwealth nations" that could network with "key global markets from the USA, Middle East, Europe and China." Birmingham's Perry Barr area, the former home of University of Central England and Birmingham City University's campus, is an ideal target for rejuvenation projects and has long been identified as an area of growth, he stated.

"The Games coming to Birmingham accelerates this regeneration, which was already proposed over a longer time period," the spokesperson said.  The Commonwealth Games Village will facilitate housing improvements in Perry Barr as part of the first phase of a greater program to build 3,000 new homes. Athletes competing at the Games will use the Village before the councillors place the new homes on the market, the City Council reported in February.At the 2018 Conservative Party Conference in Birmingham, leaders announced a £165 million grant to build 5,000 homes and revitalize Perry Barr, in addition to much-needed infrastructure improvements, as part of the City Council's Development Plan to build 50,000 new homes by 2031.

"The figure is also not simply the cost of building homes," the spokesperson continued, adding that the wider project would also cover all related infrastructure such as "improvements to railway stations and the introduction of Sprint rapid bus services". "The development of the Village is therefore the largest new-build element of the Games — and will help rejuvenate Perry Barr and the wider surrounding area, meaning there will be a meaningful and lasting legacy for the people of Birmingham, in particular those living near the heart of the action in 2022," Ian Ward, Birmingham 2022 chair and Birmingham City Council leader, stated in February.

Councillor Ward added that there was a desperate need for high-quality housing in Birmingham and it would have been much trickier to meet demands without successfully bidding for the Games.

"A major regeneration programme like this will result in some degree of local disruption in the short-term and we recognise that patience will be required, but the long-term gains will far outweigh this," Ward mentioned, adding that Birmingham City Council was committed to assisting local residents "every step of the way" over the next four years.