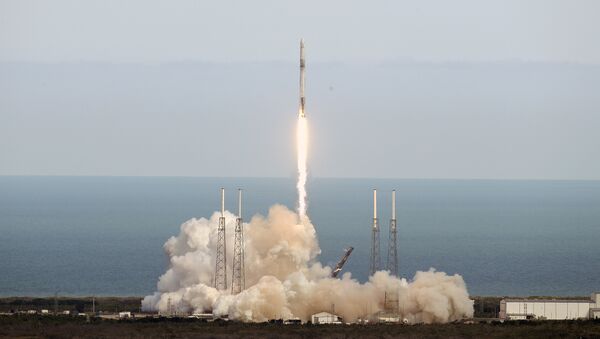 New 'Star Wars' Program? SpaceX Open to Deploying Orbital Weapons for US
The Roscosmos head indicated that the US Defense Department, in turn, paid Musk an average of $150 million for every launch.

Science & Tech
Situation Around Hole on Soyuz More Difficult Than Expected - Roscosmos Chief
He admitted, though, that the sanctions on the supply of microelectronics products to Russia were "quite painful." "But we are coping with that," Rogozin stressed.