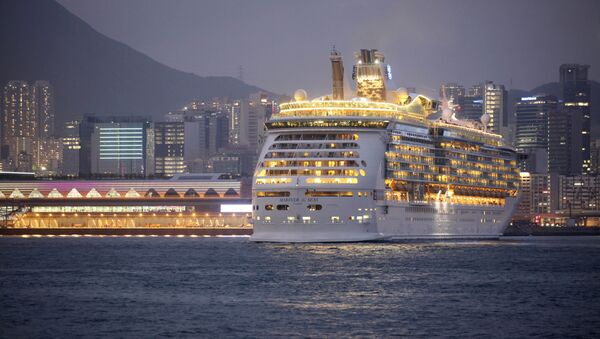 The September 6 voyage of Royal Caribbean’s liner is perhaps something passengers would hardly forget, as a calm family holiday many were enjoying at the time transformed into a wild, burlesque-style party, much to their discontent.

A cruise company has had to refund passengers who claimed their holiday was disturbed by over 1,200 male employees of a tobacco company, which essentially made “a huge bucks party” out of the voyage, A Current Affair reported.

The latter reportedly hijacked the ship’s planned sail-away party with Playboy Bunnies-turned women in revealing clothes and extravagant-looking dancers, with poolside cabaret performances replacing the much anticipated bingo nights on board the lavish cruise ship Voyager of the Seas. Most importantly, though, the passengers couldn’t escape the reality, as it turned out.

Tahlia Riini, aged 20, for instance, remarked to A Current Affair that it is “hard to forget after seeing all the flashbacks the these [sic] men around all the time, 24 hours a day, like we couldn’t escape,” with her parents weighing in, dubbing the men’s behavior “ignorant and arrogant.”

Central Coast woman and fellow passenger Christine Weyling said Royal Caribbean, which is the company that owns the vessel, should have informed passengers that such a large group would be there partying, as most Australian families were disturbed by the tobacco employees reportedly taking over the deck and leaping en masse into the pool.

In a statement issued by Royal Caribbean, the company said they had been made aware of the complaints on September 6 and provided them with a “satisfactory solution.”