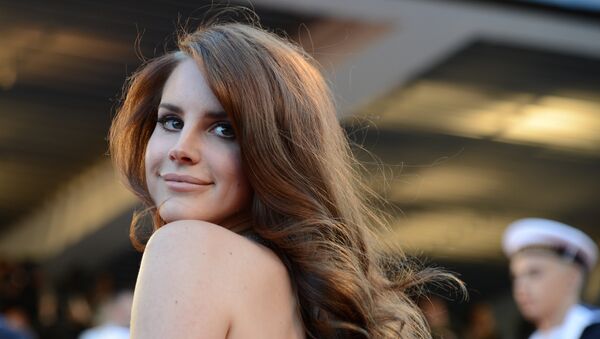 Over the weekend, Kanye West reiterated his support for the current occupant of the Oval Office, Donald Trump, having launched into yet another rant about him being bullied by mainstream media for his political views.

After rap icon Kanye West shared a selfie while wearing a red MAGA hat in a bid to express once again his support for Donald Trump’s presidency, US pop singer Lana Del Rey decided to weigh in, leaving an extended comment under the pic.

“Trump becoming our president was a loss for the country but your support of him is a loss for the culture. I can only assume you relate to his personality on some level. Delusions of grandeur, extreme issues with narcissism – none of which would be a talking point if you weren’t speaking about the man leading our country,” she penned.

this represents good and America becoming whole again. We will no longer outsource to other countries. We build factories here in America and create jobs. We will provide jobs for all who are free from prisons as we abolish the 13th amendment. Message sent with love

The 33-year-old artist, who has captivated millions of fans with her melancholic baroque pop music and even performed at Kanye and Kim Kardashian’s wedding, added:

“If you think it’s alright to support someone who believes it’s OK to grab a woman by the pussy just because he’s famous – then you need an intervention as much as he does – something so many narcissists will never get because there just isn’t enough help for the issue. Message sent with concern that will never be addressed.”

While Kanye hasn’t reacted to Lana’s comment, it has been screened and widely shared on social media, causing quite a stir among users.

Oof! That was brutally honest & incredibly accurate, damn! Well, hopefully he’ll learn something from that, its highly unlikely, but we can hope.

She managed to call Kanye West delusional, narcissistic, sexist, and in need of therapy without resorting to cheap insults. This bitch has CLASS https://t.co/RDudVJKwzB

…but many others thought that she wasn’t the one who should speak on “the culture”:

Isn’t it a little racist that Lana Del Ray is telling Kanye West that his beliefs hurt the “culture” and his beliefs are wrong? https://t.co/YuMf7qMF36

me either. don’t see how lana del ray who bought her way into the industry think it’s okay to tell kanye he’s “damaging the culture” when she isn’t even apart of it herself https://t.co/SGD2vOx1SB

Lana was not the only A-lister who reacted to Kanye’s antics: Captain America actor Chris Evans also took to Twitter several hours earlier to address the stunt:

Some users made an allusion to the long-standing feud between Kanye West and US pop star Taylor Swift:

During his appearance on NBC’s Saturday Night Live Kanye launched into a fiery speech, having accused the SNL cast and mainstream media of bullying him over his support of Trump.

“They bullied me backstage… ‘How could you like Trump? He’s racist,’ they told me. Well, if I was concerned about racism, I would’ve moved out of America a long time ago,” he said after his performance, being met with boos from the audience; his passionate speech was, however, cut off by the network.

Shortly after the deleted footage was unearthed online, Trump thanked Yeezy for his support in a Sunday tweet.