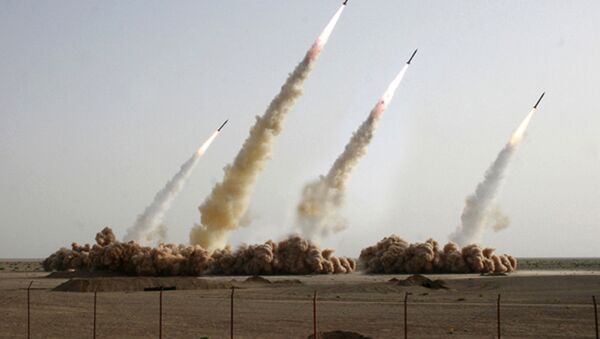 © AFP 2023 / SEPAH NEWS
Subscribe
International
India
Africa
The September 22 terrorist attack on a military parade in the southern Iranian city of Ahvaz left 25 people dead and injured many others.

According to a statement by the Corps’ public relations office, the retaliatory strike killed and injured a large number of jihadist terrorists.

Iranian security forces killed three of the four assailants involved in the attack and later detained a fourth one who subsequently died of his wounds.

According to Iran’s Intelligence Ministry, its forces found the terrorists’ hideout and arrested 22 individuals suspected of involvement in the Ahvaz attack that Tehran blames on Saudi Arabia and the United Arab Emirates.