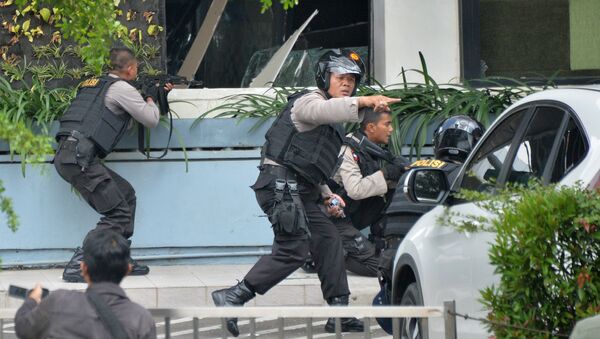 On September 28, a powerful 7.4-magnitude earthquake hit off Sulawesi, wreaking havoc and triggering a tsunami shortly afterward, scaring a lot of local residents and even provoking a major prison break in the country.

Three different detention facilities have reported about 1,200 prisoners that are now on the run after escaping through walls that collapsed during the earthquake.

Almost 900 convicts have escaped from two prisons in the city of Palu that were severely damaged by the quake. Some walls have collapsed and the prisoners got out past guards, while others broke down the main doors.

"Things were initially fine…but not long after the quake, water erupted from under the prison yard causing prisoners to panic and then run onto the road. I'm sure they escaped because they feared they would be affected by the earthquake. This is for sure a matter of life and death for the prisoners," Ministry of Justice official Sri Puguh Utami stated, pointing out that the water was not from the tsunami.

The Donggala jail was set on fire with all 343 inmates now on the run, Utami said.

According to the Ministry of Justice official, the detainees were demanding to see their families after the quake and got angry after their request was turned down.

Meanwhile, the chairman of Indonesia's Investment Coordinating Board (BKPM), Tom Lembong, said on Monday that the country will accept international assistance for disaster response and relief after a devastating earthquake and tsunami struck the country's island of Sulawesi killing over 1,200 people.