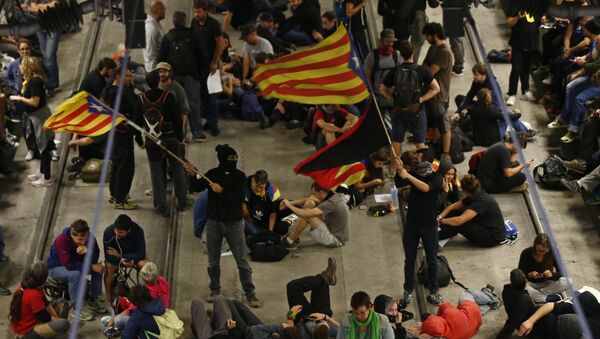 On October 2017, an independence referendum was held in the northern autonomous region of Catalonia. Following the vote, which resulted in 90 percent of voters supporting secession from Spain, Barcelona proclaimed independence and Madrid imposed direct rule on the region.

On Monday, Catalonia is commemorating the one-year anniversary of the independence vote, with hundreds of pro-independence supporters blocking the roads and high-speed railway. Catalan TV has released images of the central streets in Barcelona and Lleida being blocked, as well as the AP-7 motorway that runs to the French border, as well as the road connecting Barcelona and Madrid.

This comes as 24 people were injured in a clash between pro-independence demonstrators and police over the weekend in Catalonia.