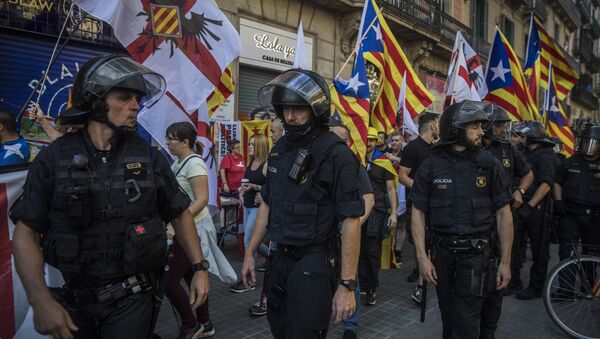 © AP Photo / Santi Palacios
Subscribe
Exactly a year ago about 90 percent of voters supported Catalonia's secession from Spain in a regional referendum. However, the vote failed to form an independent state with several pro-independence Catalan politicians jailed and currently in pre-trial detention.

Pro-Independence Demonstrators in Catalonia Block Roads, Railway Line - Reports
Sonia Sierra believes that if local pro-independence politicians admit the failure of the separation process and that they cannot ignore the country’s laws; this could be a way to end the crisis that put the peaceful coexistence of Catalonia on the line.