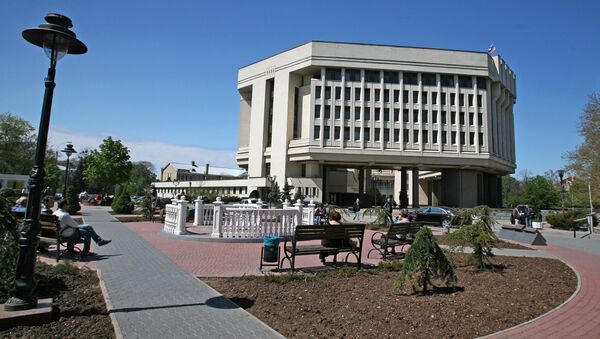 SIMFEROPOL (Sputnik) - The Norwegian delegation, which is currently visiting Crimea, has been astonished by the pace at which the peninsula has been developing, the head of the Crimean parliament's committee on international relations told Sputnik.

"We showed Crimea's capital [Simferopol] to the delegation. The airport and the construction of new roads have aroused particular interest. The delegation demonstrates health and vivid interest to the life of Crimeans. They have a positive attitude. They were amazed by the airport and the pace at which Crimea is developing," Yuri Gempel, the head of the Crimean parliament's committee on international relations, told Sputnik on Sunday.

The delegation is paying a six-day visit to Crimea, which will last until October 6. The delegation comprises 10 people and is led by Hendrik Weber, the head of the non-governmental organization People’s Diplomacy Norway, who has already visited the region on several occasions.

Russia
Lawmaker: Norwegian Delegation to Start 6-Day Visit to Russia's Crimea on Sunday
In April 2018, Simferopol International Airport received a new terminal that was constructed in less than two years and cost around 32 billion rubles ($488 million). It is currently operating only domestic flights due to sanctions imposed on Russia following the 2014 referendum when Crimean residents chose to rejoin Russia.

Kiev and the majority of Western countries refuse to recognize the referendum and accuse Moscow of annexing the peninsula, however, Russia argues that the vote was held in conformity with international law and Russia's sovereignty over the region is not to be questioned.