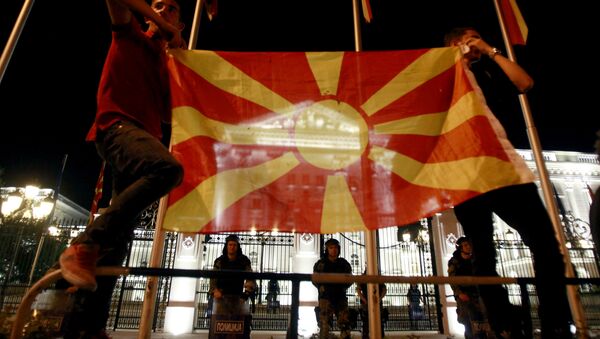 MOSCOW (Sputnik) - Macedonia's name consultative referendum has failed to secure the necessary 50-percent turnout in order to make the vote valid and after counting data from over 91 percent of polling stations, the turnout amounted to 36.36 percent, the State Election Commission said.

According to the commission, 91.41 percent of voters supported renaming the country under the deal with Greece, while 5.70 percent voted against.

Greece Sees Results of Macedonian Referendum as Controversial But Respects Them
Greece and Macedonia, officially known as the Former Yugoslav Republic of Macedonia, have been entangled in a naming dispute for years, with Athens opposing the use of "Macedonia," which is also the name of a region in Greece. An agreement on the new name for Macedonia was signed by Macedonian Foreign Minister Nikola Dimitrov and his Greek counterpart Nikos Kotzias on June 17.

On Sunday, a referendum on the deal to change the ex-Yugoslav republic's name to the Republic of North Macedonia was held in the country.