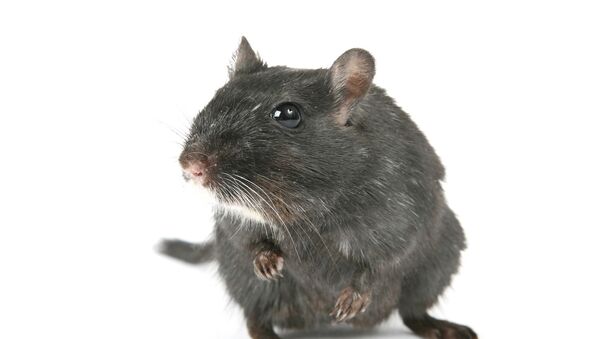 A 56-year-old Hong Kong resident became the first person ever diagnosed with a strain of the disease previously only found only in rats and other small mammals.

A team of doctors from Hong Kong University held a press conference Friday to report their initial findings on the transmission of rat hepatitis E to a human being, South China Morning Post reported. Microbiologist Dr. Yuen Kwok-yung called the discovery a "wake-up call" on the need to improve city cleanliness and fight the growth of its rat population.

The scientists aren't sure how the rat strain of hepatitis E was transmitted to a 56-year-old resident of a local public housing estate. The man had earlier displayed recurring problems with liver function, and underwent liver transplant surgery in 2017. After the discovery of the virus in his system, the man was treated with an antiviral medication known as Ribavirin, and his conditions is now normal, Dr. Yuen said.

Typically, hepatitis E is spread orally due to fecal contamination of water supplies or food. In their press conference, scientists said it was possible that the man may have consumed food containing the hepatitis E-infected rat's droppings, with a rat bite being another possibility. The man's apartment was revealed to have been located beside a garbage chute, which researchers said was easily accessible to rats. Localized testing found no traces of rat Hepatitis E, however.

Beijing Denies US Navy Request for F-35 Carrier Port Call in Hong Kong
"We don't know if in future there will be a serious outbreak of the rat hepatitis E virus in Hong Kong," Dr. Yuen said, adding that the city's medical professionals will "need to closely monitor this issue."

The scientist recalled that while Hong Kong's streets had been cleaned up considerably after the outbreak of the deadly SARS virus in 2003, cleanliness levels had fallen in the intervening years. "Back alleys now are very dirty with lots of rubbish. You can see rats that are bigger than cats," he complained.

Scientists assured the public that there was presently no evidence to suggest danger of an epidemic breaking out following  their discovery, but did speak of a need to stay alert. "These kinds of unusual infections, rare infections, first instances – even one case is enough to make public health authorities and researchers very alert about the implications," Dr. Siddharth Sridhar, another member of the research team, said.

Hong Kong's authorities promised to do more to raise awareness about the need for good hygiene, including how to clean city areas. The city's Food and Environmental Hygiene department said it was already conducting daily rodent control work, with another major campaign scheduled starting next month.

Controlling the city's rat population would definitely be one effective way to preventing further infections, Sridhar said. "Ensure there is no food for the rats, which means there is no garbage lying around that the rats can feed on," he noted.

Hong Kong Residents Use Adhesive Tapes as Shield Against Typhoon Mangkhut
Researchers said they would need more time to determine how the virus managed to jump from rodents to a human being, and pondered whether the virus had mutated while being carried by rats, or whether the infected man's weakened immune system was what caused the successful transmission.