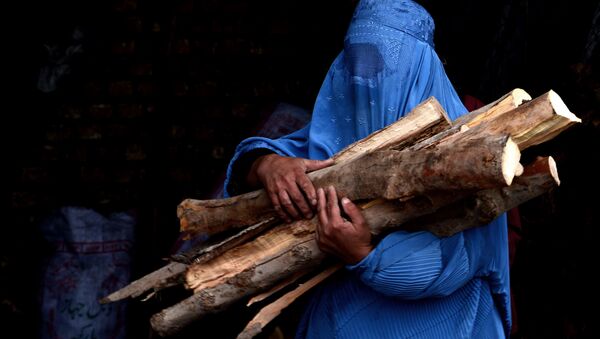 A self-proclaimed healer, who is on the run now, has been sentenced to stoning by local religious leaders. He allegedly tricked women into having sex with him, promising to help with health problems, while the encounters were filmed and uploaded online.

A married woman, who serves as a police officer, has been put under arrest by her colleagues in the Afghani northwestern province of Faryab after they identified her in a sex video with self-proclaimed healer Mullah Rasool, which is circulating on Facebook and You Tube. The law enforcement officer now faces a term in prison for suspected adultery and other charges of moral crimes, which the laws in this Islamic country forbid.

Another policewoman has been arrested as a suspected accomplice of the mullah. She allegedly convinced her colleague to see Rasool in order to fix her fertility problems, filmed the encounter and then blackmailed her. The reported blackmailing victim was forced to have sex with other men, including one of her colleagues, who has also been detained.

She isn’t the only woman featured in the mullah’s pornographic videos circulating online. Although their identities remain unknown, local authorities fear that they have become victims of “honor killings” as their faces are visible in the videos.

Rasool, accused of raping and sexually exploiting women under the pretense of healing them, has been sentenced to death by stoning by local Muslim leaders and is on the run. The provincial governor promised to reward informants.