© REUTERS / Dado Ruvic
Subscribe
Kit Klarenberg
All materials
In commemoration of Google's 20th birthday, many mainstream media organizations - and the company itself - have published condensed histories of the search engine giant, chronicling key moments in the firm's two-decade saga. Missing from each is the story of how the CIA and other US spying agencies helped fund its creation.

In the early 1990s, the US intelligence community launched a daring initiative — in conjunction with leading universities and firms in California's burgenoning ‘Silicon Valley', spying agencies sought to perfect a means of tracking the activities of groups and individuals on the then-embryonic world wide web.

Then, a supercomputing revolution was rapidly pullulating, and the US surveillance state wasn't prepared to sit idly by — the Central Intelligence Agency (CIA) and National Security Agency (NSA), among others, wished to direct and influence the upheaval for their own ends, creating an online milieu facilitating their desire to collect and understand vast quantities of data on private citizens. 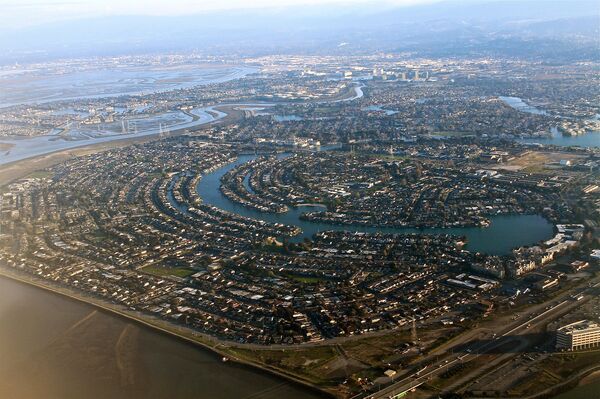 Silicon Valley from above
© Flickr / Patrick Nouhailler
In addition to laying the foundations of the modern global surveillance superstate, this collaboration would help launch a number of major companies of modern prominence — among them, Google.

So it was in 1993, the US intelligence community launched Massive Digital Data Systems (MDDS), a research and development program. The project was pitched to leading computer scientists at leading universities — including CalTech, Harvard, MIT, and Stanford — in a whitepaper setting out the challenges the agencies faced, and what they hoped to achieve.

"Changing demands require the IC [Intelligence Community] process different types as well as larger volumes of data. Consequently, the IC is taking a proactive role in stimulating research in efficient management of massive databases and ensuring IC requirements can be incorporated or adapted into commercial products. The challenges are not unique to any one agency…Community Management Staff has commissioned a Massive Digital Data Systems Working Group to address the needs and to identify and evaluate possible solutions," the briefing stated. 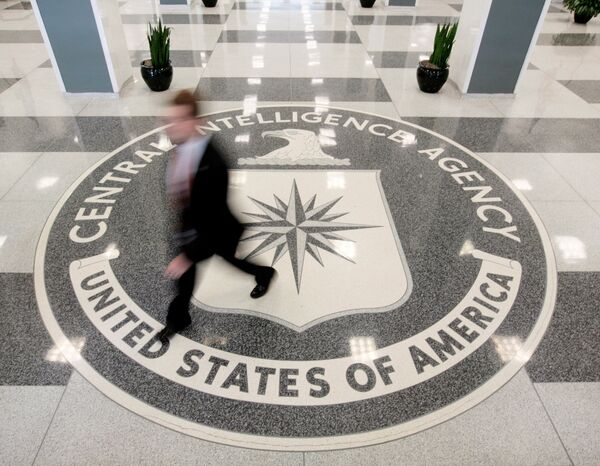 The lobby of the CIA Headquarters Building is pictured in Langley, Virginia, U.S.
© REUTERS / Larry Downing/Files
To achieve these goals, the agencies would — under the auspices the National Science Foundation (NSF) — provide over a dozen grants worth several million each to teams at different universities, in order to identify sort the ‘digital fingerprints' of individuals and groups online, linking and ranking their queries in order of importance, deciphering any meaningful patterns that emerged from the data morass, and tracking their future digital trails.

If successful, any architecture grant recipients created in their universities would be passed to the private sector for scaling up. A vast number of tech companies of modern prominence got their ‘break' in this manner — Google would soon become one of them.

Talky Nerdy to Me

One MDDS grant was allocated to a computer-science research team at Stanford University — its primary objective was crafting "techniques for query optimization of very complex queries described using the ‘query flocks' approach.

The team was already on the intelligence community's radar, having previously received a research grant from the NSF and Defense Advanced Research Projects Agency, which aimed to build a voluminous, searchable digital library via the internet. Among their number were two graduate students who'd made huge, pioneering advances in the field of webpage ranking and user query tracking — Sergey Brin and Larry Page.

Research produced under both grants would in time form the very raison d'etre of the pair's branchild, Google — finding specific information from a vast data set. It was also exactly what the CIA and NSA had hoped to create. 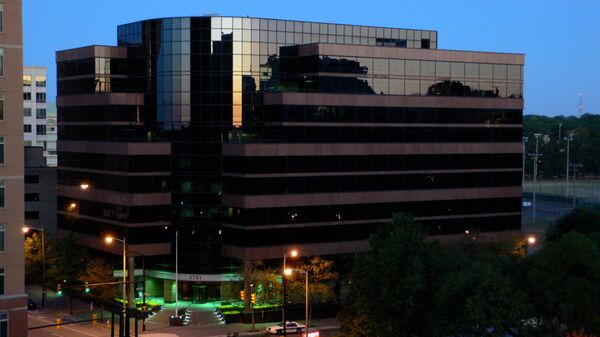 DARPA
© Flickr / Nelson Pavlosky
Throughout the development of the search engine, Brin regularly reported on his project's progress to Dr. Bhavani Thuraisingham, and Dr. Rick Steinheiser. Neither were connected to Stanford — Thuraisingham was an employee of US defense contractor MITRE Corp, leading research and development efforts for the NSA, CIA, US Air Force Research Laboratory and US Navy's Space and Naval Warfare Systems Command, while Steinheiser worked directly for the CIA's internal Research and Development department.

"Google founder Sergey Brin was partly-funded by this program while a PhD student at Stanford. He together with his advisor Prof. Jeffrey D. Ullman and my colleague at MITRE, Dr. Chris Clifton, developed the Query Flocks System which produced solutions for mining large amounts of data stored in databases. I remember visiting Stanford with Dr. Rick Steinheiser and Brin would rush in on roller blades, give his presentation and rush out. In fact the last time we met in September 1998, Brin demonstrated to us his search engine which became Google soon after," Thuraisingham has written.

The suggestion the CIA assisted in the creation of Google in some way or other is almost as old as the company itself, and it's an allegation the company has repeatedly and vehemently denied. For instance, in 2006 it was widely reported Google had a long-standing relationship with US intelligence agencies, receiving funding from the community along the way. A spokesperson for the firm strongly rebutted the claims, referring to them as "completely untrue".

Moreover, the company's officially sanctioned history makes no reference to the MDDS grant, despite acknowledging the NSF/DARPA grant. Likewise, Stanford's Infolab entry on Google's beginning omits MDDS entirely, merely stating the "development of the Google algorithms was carried on on a variety of Computers, mainly provided by the NSF-DARPA-NASA-funded Digital Library project at Stanford". 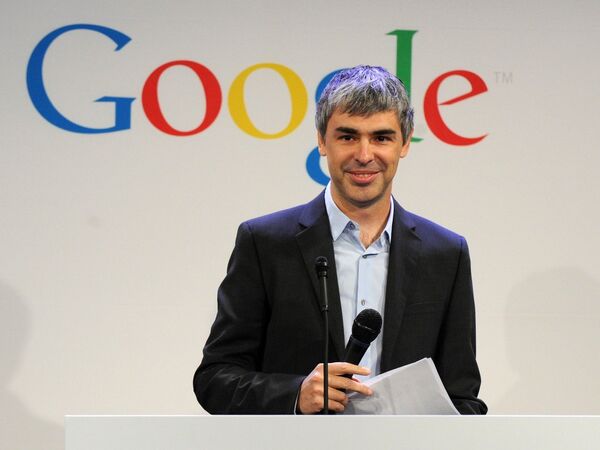 Google CEO Larry Page
© East News / Photoshot/REPORTER/Dennis Van Tine
For its part, the NSF's article ‘On the Origins of Google' similarly refers merely to NASA and DARPA only — and Brin and Page's research paper, The Anatomy of a Large-Scale Hypertextual Web Search Engine, an oft-cited document describing how the pair created Google, makes no mention of MDDS whatsoever.

In fact, if it wasn't for Thuraisingham's testimony, little public record of an MDDS grant being awarded to Brin and Page would exist. One supporting source is Professor Jeffrey D. Ullman's naming of Google as a product of the project's research in a 2000 report. 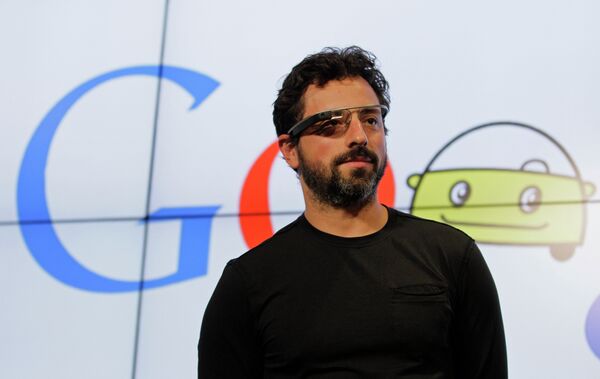 Google co-founder Sergey Brin
© AP Photo / Eric Risberg
"Last year, we mentioned two startups that developed from research under this and predecesor grants, Junglee Corp., bought by Amazon.com in 1998, applied information-integration technology to the Web. Google is a search engine company whose growth has brought it to the first rank, and is growing faster than any of its competitors. Its core technology, which allows it to find pages far more accurately than other search engines, was partially supported by this grant," he wrote.

Another is a 1998 research paper naming Brin and Page as authors, which lists some of the pair's most significant work, and refers to Brin as "partially supported by the Community Management Staff's Massive Digital Data Systems Program, NSF grant".