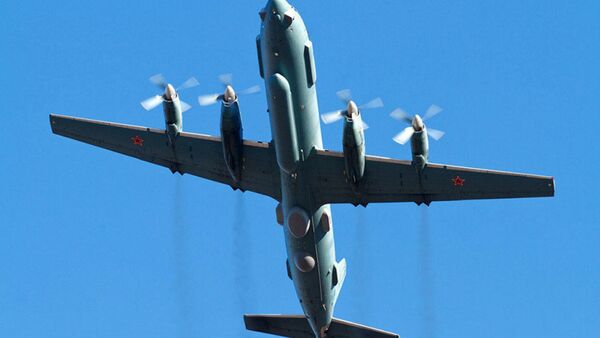 During a press conference earlier this week, the Russian Defense Ministry stated that Israel was responsible for the destruction of a Russian military aircraft, which was downed by Syrian air defense systems over the Mediterranean sea when Damascus attempted to repel an Israeli missile attack on Monday.

Speaking to Sputnik about the ill-fated Il-20, an associate professor of the Department of International Relations and Foreign Policy at the Moscow State Institute of International Relations (MGIMO), Andrei Sidorov, has questioned the motives of Israel, which the Russian Defense Ministry holds accountable for the downing of the Russian military plane by Syrian air defenses over the Mediterranean Sea.

"Of course, this incident mars the relations between the two countries, no matter what the Israelis say. Russia has so far taken pause to assess all information related to the loss of the IL-20. It is impossible to draw final conclusions yet. The key question is whether it was malice or irresponsibility. Perhaps, it is a multi-layered provocation. It seems that the calculation was to hide behind a Russian plane and get away with it,” Sidorov stated.

The professor further suggested that the Il-20 incident may become a “precedent” for other countries, and stressed that Tel Aviv shouldn’t get off scot-free.

"Israel allows itself too much. This should not go unpunished, because this may lead to a precedent for other countries. This could be an invitation to other provocateurs to shoot down Russian planes in this way," Sidorov said.

The expert recalled that Russian President Vladimir Putin had noted that the boost in security of Russian servicemen in Syria would be noticed by everyone.

"Russia can give an extremely unpleasant response by placing the S-300 air defense system in Syria, and thus closing the Syrian airspace to Israel," the expert concluded. Sidorov, however, believes that the severance of diplomatic relations between Russia and Israel is not expected.

Boris Dolgov, senior researcher at the Center for Arab and Islamic Studies of the Institute of Oriental Studies of the Russian Academy of Sciences, shares Sidorov’s opinion.

"Israel is responsible for the incident. Russia reserves the right to take adequate measures. These steps will only be aimed at ensuring the greater protection of Russia's aircraft and military infrastructure in Syria. Russia made no mention of any sanctions or measures of a diplomatic nature. We can assume some restriction of cooperation with Israel may take place," Dolgov told Sputnik.

According to the expert, Israel had pursued tactical goals.

"These were the actions of Israeli pilots, sanctioned by the leadership of the Israeli Air Force. I do not think that this was [decided] at the presidential level, but certainly at the level of the military command. That is, the Israeli pilots covered themselves with our airplane. It's a cynical military trick: avoid an attack on yourself and leave another wide open," the expert added.

Dolgov stressed that Moscow should bear in mind that despite any agreements on cooperation with Tel Aviv, such incidents are still possible.

"The Russian side in Syria did not expect this, and this should be borne in mind, since there were agreements on Russian-Israeli cooperation. But along with these agreements and cooperation, such incidents are possible. Therefore, the Russian military command should take into consideration that such actions are possible," Dolgov summed up.

On September 17, a Russian Il-20 reconnaissance plane with 15 servicemen on board disappeared from radar screens near Hmeymim Airbase in Syria. According to the Russian Ministry of Defense, the disappearance coincided with an attack by four Israeli F-16 military jets on Syrian targets in the province of Latakia.

After Il-20: Why Israel Will Have to Demonstrate That It Values Russian Lives
The ministry further stated that the Israeli pilots used the Russian plane as a shield, thereby subjecting it to an attack by the Syrian air defense units, with a Syrian S-200 missile ultimately downing the Russian aircraft while attempting to repel Israeli strikes.

Addressing the downing of the aircraft on Tuesday, Russian President Vladimir Putin stated that Israel hadn't shot down the plane, but that it was "a chain of tragic accidental circumstances" that led to the crash.