'If US Stays Away From War Games, Stability in East Asia Will Spread' – Scholar 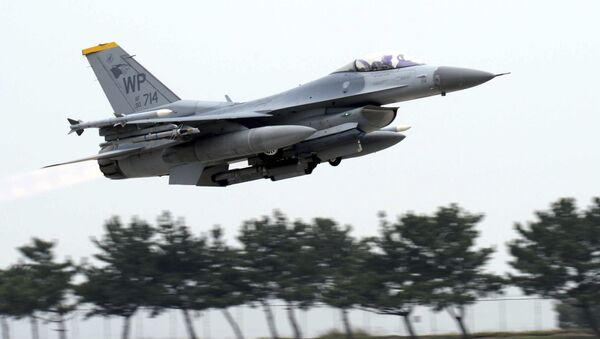 © AP Photo / Go Bum-jun/Newsis
Subscribe
North Korea is set to fully dismantle its rocket testing field in Tonchkhan-ri. This is according to a landmark joint agreement signed by the leaders of the two Koreas following a summit in Pyongyang. The document stipulates that North Korea will let international observers witness the dismantling of the launch site.

Sputnik discussed the progress made at the summit with Dr. Leonid A. Petrov, visiting fellow at the College of Asia and the Pacific at the Australian National University.

Sputnik: What hopes does this agreement between the two Koreas raise in terms of the stability on the peninsula?

Dr. Leonid A. Petrov: I think the main agreement was to effectively finish the Korean War. The 70 years of conflict between North and South Korea left the two parts of the nation not only divided in social terms, but economically and militarily the confrontation had a very heavy toll on North Korean economic and humanitarian development, so I think that's the main result and a historic moment when North and South Koreas actually agreed to end the hostility.

There's no official declaration yet because the Americans and the Chinese are probably going to be involved, but also the agreement was multidimensional in the way that South Korea has agreed to continue developing joint areas of economic cooperation like Kaesong industrial park, something what South Korean big companies — Chaebol — used to develop during the previous 10 years of the so-called Sunshine Policy.

And North Korea, again, demonstrated its determination to end its nuclear and intercontinental ballistic missile programs and they even invited international inspectors who witnessed the demolition of the Tonchkhan-ri launching pad in the northeastern part of North Korea. Kim Jong-un also admitted that he was willing to visit Seoul, the capital of South Korea, which has never happened for the North Korean leaders before.

Sputnik: What are your thoughts then on the longevity of the apparent warmth between the two peninsulas here, it's highly surprising, isn't it?

Dr. Leonid A. Petrov: Given that last year Kim Jong-un promised to turn South Korea into a sea of fire and targeted the American bases in Guam and Hawaii, indeed, it's a change, but how long it may continue — it depends on the longevity of the leaders, Kim Jong-un is in power for life; as long as Kim Jong-un is alive, he's going to rule the country, I think he's going to honour his promises. What about his South Korean counterpart? Well, it's much more complicated because the electoral cycle in South Korea is five years, and President Moon Jae-in has already been in the presidential palace for one and a half years, so three and a half years to go.

What will happen after that? Well again, it depends on what happens in Washington, DC, because if Donald Trump's presidential tenure is going to continue for the second term the whole process of inter-Korean reconciliation and also the peaceful initiatives in the region may continue. If American troops are staying way from expensive and provocative war games, it looks like there's no need for them anymore, peace and stability in northeast Asia is going to spread across and maybe Russia and Japan will sign a peace treaty, maybe the Republic of China and Taiwan are also going to iron out their disagreements.

Sputnik: How much is Washington on board with South Korea when it comes to the normalization of the ties between the north and the south? And what complications could any stalling of the dialogue between Washington and Pyongyang have on the ties between South Korea and the United States, that's an interesting angle to it as well, isn't it?

North Korea Could Formally End War With South Without US Troop Pull Out - Report
Dr. Leonid A. Petrov: Yes, it is, it's a very complicated topic because the inter-Korean projects, which were proposed at this summit, could potentially violate not only United Nations Security Council sanctions, but also US sanctions, direct sanctions under which North Korea is banned from trade with the US and its allies since 1950 when the Korean War started. North Korea is under numerous international and bilateral sanctions, not only with the US, but also with Australia, for example, and the United Kingdom and European countries refused to trade with North Korea, particularly after the detonation of nuclear devices, the launch of intercontinental ballistic missiles, from which North Korea is now abstaining — for more than a year.

It looks like Kim Jong-un is honoring his promise and the United States are going to reciprocate. If that happens, North Korea will continue demolishing its nuclear facility in Yongbyon, but if the United States refuses and they decide to resume the joint military exercises with South Koreans, again, the situation may deteriorate and this may lead to another escalation of tensions in Korea.