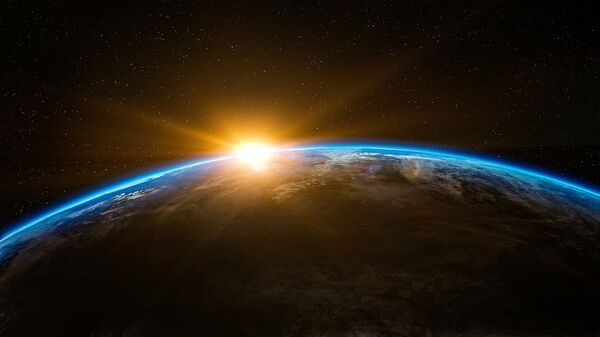 A “Super-Earth” exoplanet has been discovered ‒ exactly at the location described in “Star Trek” as the planet Vulcan, the homeworld of one of the sci-fi franchise’s most well-known characters, Spock.

A team of scientists spotted an exoplanet twice the size of the Earth as through the the Dharma Planet Survey (DPS) led by University of Florida astronomer Jian Ge. The “Super-Earth” orbits the HD 26965 system, commonly known as 40 Eridani – a triple star system, Vice reports.

The system consists of the orange dwarf Eridani A, which is much like our sun, as well as white dwarf Eridani B and red dwarf Eridani C. The newly spotted exoplanet orbits Eridani A – exactly the star “Star Trek” creator Gene Roddenberry picked for the one more likely for Vulcan to orbit in a 1991 letter. Vulcan’s exactly location was never pinpointed in the original series of movies, but Roddenberry, in consultation with astronomers Sallie Baliunas, Robert Donahue, and George Nassiopoulos, declared that Eridani A seemed just about perfect.

“An intelligent civilization could have evolved over the eons on a planet circling 40 Eridani,” Roddenberry and the astronomers suggested in a 1991 letter to the editor published in Sky & Telescope, noting that three stars “would gleam brilliantly in the Vulcan sky.”

In a statement from University of Florida, Ge said that the exoplanet “is only 16 light-years from Earth, making it the closest super-Earth orbiting another sun-like star,” also noting that it orbits with a 42 day period “just inside the star’s optimal habitable zone,” meaning it is possible, in theory, for the planet to have liquid water on its surface.

“This star can be seen with the naked eye, unlike the host stars of most of the known planets discovered to date,” said University of Florida astronomer Bo Ma, one of the study’s authors.  “Now, anyone can see 40 Eridani A on a clear night and be proud to point out Spock's home."

Science & Tech
Cosmic Meal: NASA May Have Spotted Young Star Devouring Nearby Planet
However, it is unlikely that this particular Super-Earth hosts a civilization that “lives long and prospers.” New research published in the Monthly Notices of the Royal Astronomical Society this summer said that this particular exoplanet is probably tidally locked to its host star. That means that same side of the Super-Earth is always facing Eridani A, making it likely that half of the planet is too hot to host life. However, it is possible that the dark side could be more hospitable.

Meanwhile, NASA’s TESS team, using a satellite launched by a SpaceX rocket in April, announced this week they had discovered two more exoplanets around the brightest stars near the Earth. One is another Super-Earth orbiting the star Pi Mensae, which is 60 light-years from Earth. The planet has triple the mass and 10 times the radius of Earth, yet reportedly it demonstrates a water-like density. The second planet is 49 light-years from Earth and orbits the M dwarf star LHS 3844. The TESS team called it a “hot Earth,” as it is slightly closer to its system’s star than our planet is to the sun.

“This find is being reviewed by other scientists, and we're looking forward to studying this cool ‘hot Earth,” the tweet concluded.

The @NASA_TESS team is excited to announce the mission's first candidate planet — a super-Earth around the bright star Pi Mensae, nearly 60 light-years away. The planet orbits every 6.3 days. The discovery is now being reviewed by other scientists to validate it. Stay tuned!

A second @NASA_TESS candidate planet has been discovered! Slightly bigger than Earth, this planet orbits LHS 3844, a M dwarf star 49 light-years away, every 11 hours. This find is being reviewed by other scientists, and we're looking forward to studying this cool "hot Earth."

TESS is the first-ever spaceborne all-sky transit survey and will conduct a feat that NASA explained is impossible to accomplish using a ground-based survey: looking for candidate systems and exoplanets that could potentially become humanity’s new homeworld.