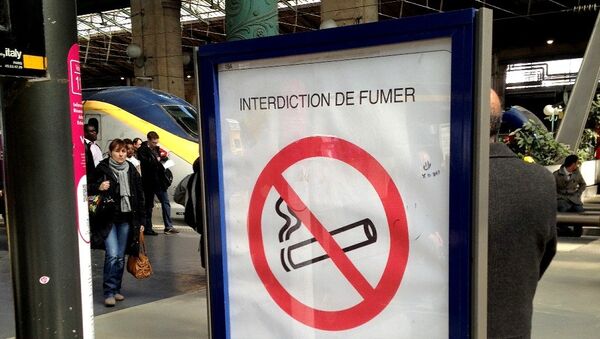 In 2015, building on the Millennium Development Goals adopted in 2000, the United Nations adopted 17 new Sustainable Development Goals to be accomplished by 2030, including ending poverty and hunger, creating gender equality, providing clean water and protecting life on land and at sea. Goal 3, Good Health and Well-Being, calls upon nations to combat preventable illnesses in major ways, setting strong goals for reduction of child and maternal mortality, improving sanitation and health services and supporting the development and distribution of vaccines.

Social workers are key partners in achieving the UN Sustainable Development Goals, learn more about the Goals including the work of the AASW. #SDGs @ConnectSDGs https://t.co/BOxq0iiEJP pic.twitter.com/N04cdgQOWM

​However, three years into the program, one of those goals, 3.4, isn't proceeding so well.

By 2030, participating nations have pledged to "reduce by one-third premature mortality from noncommunicable diseases through prevention and treatment and promote mental health and well-being," the UN's website says.

According to researchers led by the Majid Ezzati, a professor at Imperial College London's School of Public Health, only 35 of 193 member nations are on track to meet that goal. However, the good news is that most nations are still making progress.

The study says that in 2016, 12.5 million people between the ages of 30 and 70 died worldwide from four chronic illnesses: Cancers, heart and blood-vessel disease, diabetes and chronic respiratory disease.

"The bottom line is this: a set of commitments were made, and most countries are not going to meet them," Ezzati told AFP Friday. "International donors and national governments are doing too little to reduce deaths from noncommunicable diseases (NCDs)."

The World Health Organization (WHO) reported on Friday that 3 million alcohol-related deaths happen worldwide each year, 19 percent of which are due to cardiovascular diseases such as heart attacks and strokes. With global alcohol consumption projected to rise in the next 10 years, that only further imperils the achievement of the UN's sustainability goals. The organization also noted that three in five of all deaths worldwide are due to chronic diseases.

The US is one of only about 20 nations where progress on the UN goal is backsliding.

In the United States, the Centers for Disease Control and Prevention (CDC) reports that roughly one in three deaths in the US each year is caused by cardiovascular disease. Out of about 2.6 million deaths, 200,000 were preventable deaths caused by heart disease or stroke. Further, the US National Cancer Institute reports that this year, more than 600,000 people will die from different forms of cancer, with another 1.7 million being diagnosed with the disease.

AFP noted that a study published in the American Journal of Public Health last year showed a rise in premature deaths among white, rural Americans, whom the authors described as gripped by an "epidemic of despair."

The New York Times noted in 2016 that despite the goal of universal health insurance coverage laid out by the Affordable Care Act, the US trails most other developed nations in access to medical care. The gap is driven in part by a shortage of general practitioners but also by the exorbitant cost of medical care: Americans pay, on average, double per capita what other developed nations do: $10,348 per person per year in 2016, according to data from the The Organisation for Economic Co-operation and Development (OECD).

Another country struggling to meet its goals is China, which is seeing smoking and alcohol use rates decline even as obesity and cardiovascular illnesses are on the rise.

"China has the ability to do a lot when it comes to managing tobacco and alcohol, with both largely state-owned industries," Ezzati noted. "They are also wealthy enough so that hypertension treatment should be trivial."

"We are sleepwalking into a sick future because of severely inadequate progress on NCDs," Katie Dain from the NCD Alliance told AFP.