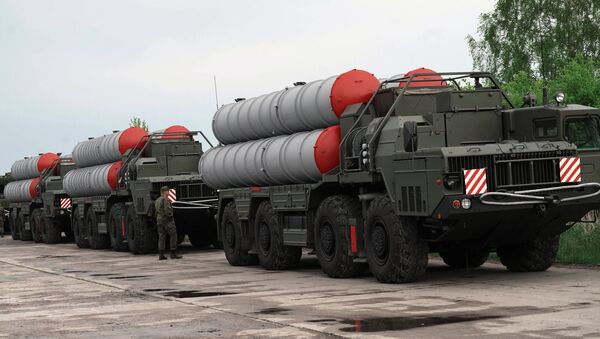 The Trump administration says it has yet to make a decision on whether to sanction other potential buyers of the Russian air defense system.

A senior administration official said the measures, which also target Equipment Development Department head Li Shangfu, were aimed at "imposing costs on Russia in response to its malign activities." The official emphasized that the sanctions were not designed to undermine the defense capabilities of any particular country.

The administration has not made a decision on whether to sanction other countries that purchase the advanced Russian air defense system. The S-400 is currently operated by Russia, China and Belarus, but Turkey, India, Saudi Arabia, Morocco and Iraq have also expressed interest in the system.

World
US Put 33 Russian Officials to Sanction List After Treasury Receives New Powers
The sanctions are being enforced through the Countering America's Adversaries Through Sanctions Act introduced and signed into law in August 2017. The White House official said China purchased the Su-35s in December 2017, and several S-400s in January 2018.

Earlier on Thursday, Washington added 33 Russian officials and entities to its Russian defense and intelligence sector blacklist, subjecting anyone who does business with these persons and entities to sanctions under CAATSA. "We will continue to vigorously implement CAATSA and urge all countries to curtail relationships with Russia's defense and intelligence sectors, both of which are linked to malign activities worldwide," State Department spokeswoman Heather Nauer said of the new restrictions.

Also on Thursday, President Donald Trump gave the Treasury Department the authority to impose sanctions against Russia. The Treasury said its sanctions may include the freezing of all properties associated with sanctioned individuals, prohibitions on financial transactions, credit transfers or payments between institutions, visa denials, and more.

Russia
Bank of Russia Won't Buy Foreign Currency Until Year’s End – Deputy Governor
The US's latest round of sanctions against Russia were introduced in August over what Washington claimed was Russia's use of chemical weapons against former Russian intelligence officer Sergei Skripal and his daughter in the southern English town of Salisbury in March. Russia called the measures "counterproductive and senseless," and denied any involvement in the affair. The US and its NATO allies have hit Moscow with several waves of sanctions since the 2014 Ukraine crisis and Crimea's reunification with Russia. US congressmen have also called for additional sanctions against Russia over its alleged meddling in the 2016 US presidential election. Moscow has dismissed the meddling claims as "absurd."

Earlier this month, Russian Foreign Minister Sergei Lavrov criticized what he said was Washington's "sanctions-first" approach to diplomacy. "First, they announce sanctions, then more sanctions, and only after that they open talks," Lavrov said, adding that such a policy wasn't likely to lead to any long-term success.