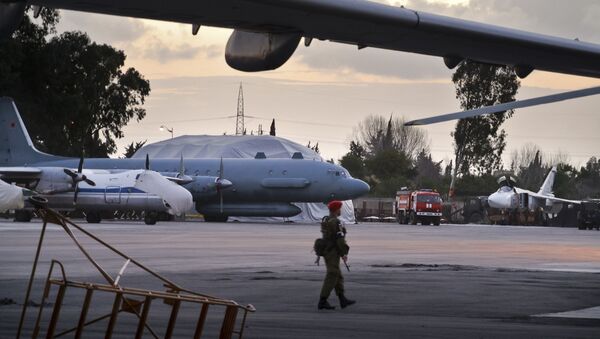 © AP Photo
Subscribe
International
India
Africa
According to a Russian Defense Ministry spokesman, the Russian plane in Syria wasn’t hit due to a failure in its friend or foe identification system. Mr. Konashenkov added that each state has its own IFF system and Russia doesn’t install its identification systems on armaments exported abroad.

Sputnik: Israel and Syria blame each other for the deadly incident. How do you see things developing moving forward? Will the tensions escalate or gradually calm down?

Edy Cohen: We all know that although the Russian authorities took the responsibility, the Syrians are responsible. Israel is not responsible for this fatal incident. The relations with Russia are very good; there will be no crisis affecting Israel's operation capabilities in Syria.

The Russian government knows very well that in Israel we have red lines, which [includes] the smuggling of Iranian missiles from Iran to Hezbollah; we cannot let this happen in Syria.

Sputnik: What are your thoughts on Israel's handling of the situation so far with regard to the plane incident?

Most Recent Cases of Plane and Helicopter Losses in Syria
Edy Cohen: I think that Israel is handling the situation very well. The minister of defense spoke with his Russian counterpart; I think that the prime minister also spoke with President Putin.

Sputnik: What's your feeling with regard to the impact of the incident on the ongoing peaceful settlement in Syria?

Edy Cohen: I think that cooperation between the Russians and Israelis will be much better in order to avoid such incidents. I don't think that the Russians will put a veto to Israeli airplanes when they discover Iranian missiles or activities in Syria.

The Russians are very cooperative, they know what we need and they know our red lines, but maybe in the future cooperation will be more effective than today.