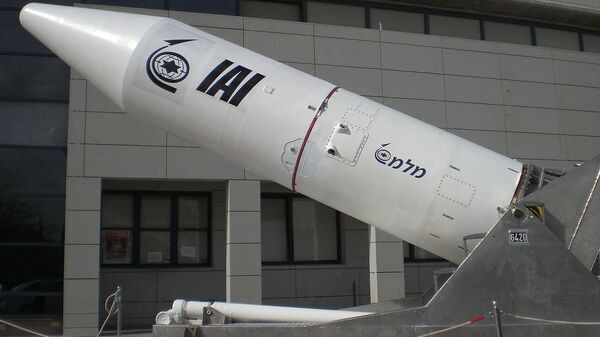 The Islamic Republic's permanent representative to the United Nations has sent the Security Council a letter responding to recent remarks by Israeli Prime Minister Benjamin Netanyahu threatening Israel's "enemies" with possible nuclear destruction in the event of aggression. Israel fired back by accusing Tehran of "proliferation" activities.

In its letter, which was also sent to Secretary-General Antonio Guterres, the Iranian mission stated that Israel's possession of nuclear weapons was the greatest threat to regional peace and security, and called on the body to "take a strong stand" against the "unbridled actions and nuclear threat posed by Israel."

Calling on the UN to force Tel Aviv to abide by the UN Charter, the letter called Prime Minister Netanyahu's comments last month on the Israeli response to aggression by its enemies "a serious threat."

In late August, during a visit to an Israeli nuclear reactor, Netanyahu made what has been widely interpreted as a veiled reference to Tel Aviv's nuclear arsenal (which Israel officially neither confirms nor denies possessing). "Those who threaten to wipe us out put themselves in a similar danger, and in any event will not achieve their goal," Netanyahu said. "But our enemies know very well what Israel is capable of doing. They are familiar with our policy. Whoever tries to hurt us – we hurt them," he added.

Iran's letter to the UN called on Israel to be bound by the Treaty on the Non-Proliferation of Nuclear Weapons (to which Israel is presently a non-signatory), and called for its nuclear program to be put under the supervision of the International Atomic Energy Agency (IAEA).

Satellite Operator Says Released Photos of Israeli Airstrikes in Syrian Latakia
The letter also provided a historical dissection of Israel's "history of aggression," and reminded the UN that Iran had already suffered from the use of weapons of mass destruction in the form of chemical weapons during the Iran-Iraq War.

Ze'ev Snir, chairman of the Israel Atomic Energy Commission, issued countercharges against Iran and its Syrian partners, calling on the world community to take action against alleged Iranian and Syrian nuclear weapons activities.

Speaking at the 62nd session of the IAEA's General Conference in Vienna on Thursday, Snir claimed that Iran and Syria "pose significant proliferation threats to the region and the world." Evidence of this, according to the official, includes Syria's "undeclared, secretive military nuclear reactor" in Deir el-Zor in the early 2000s, which Israel bombed in 2007. Syria has vehemently denied that the facility was related to any nuclear program, and said it was a missile storage depot.

The Israeli official also spoke of "outrageous threats" by "Iran and its proxies to attack Israeli's nuclear sites," and said that this required Israel to "take action" to upgrade and reinforce these facilities.

Commenting on the Iran nuclear deal, Snir said that Iran was the only country in the world with which other countries have had to sign such an agreement, "specifically because of [Iran's] violations, and because it threatens regional peace and security." The official called on the IAEA to conduct a "thorough verification of Iran's secret activities," saying the country's nuclear weapons program was "a documented fact."

Finally, Snir demanded that the IAEA remove its agenda item entitled "Israeli Nuclear Capabilities" from its permanent agenda, calling it "politically driven" and saying it "contradicts the IAEA spirit and mandate."

Israel is currently the only state in the Middle East thought to possess nuclear weapons, and is estimated to have between 80 and 400 nuclear warheads in its arsenal, deliverable by aircraft, submarine-launched cruise missiles, and the Jericho III intercontinental ballistic missile, which has an estimated range of up to 6,500 km.

'Our Red Lines as Sharp as Ever': Israeli PM Says 'Enemies' Weaponization Futile
Iran is barred from the development of nuclear weapons under the terms of the Joint Comprehensive Plan of Action, a landmark 2015 nuclear deal which restricted the nation from pursuing a military nuclear program in exchange for sanctions relief and the normalization of relations with the world community. In May 2018, President Trump withdrew the United States from the JCPOA, and vowed to reintroduce tough sanctions against Tehran. The move prompted the deal's other signatories, including Russia, China, and three European powers, to try and salvage the deal.

Iran, a country without nuclear weapons, is threatened with atomic annihilation by a warmonger standing next to an actual nuclear weapons factory. Beyond shameless in the gall. pic.twitter.com/MBoFac8Bvv