German Businesses: Gov't Should Work More With Eurasia Amid US Protectionism 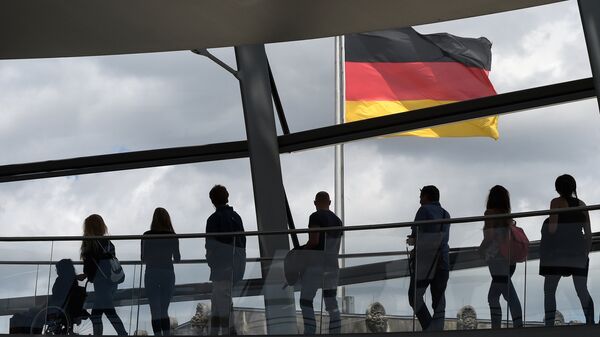 BERLIN (Sputnik) – The German business community has urged the German government to strengthen its cooperation with the Eurasian Economic Union (EAEU) as a means to respond to the threat of protectionism stemming from the United States, head of the German Eastern Business Association said.

"The EU's best response to the growing protectionist threat is free trade agreements with as many countries and regions as possible. After successful EU negotiations with South Korea, Canada and Japan and statements on agreements with MERCOSUR [South American trade bloc] and Africa, we, unfortunately, do not see any new efforts to cooperate with the EAEU," head of the German Eastern Business Association (OAOEV) Wolfgang Buechele said Thursday in a statement.

He further noted that the small member states of the EAEU — Belarus, Kazakhstan, Armenia and Kyrgyzstan — looked forward to launching direct negotiations, and "anyone looking for ways to develop a constructive agenda with Russia for mutual benefit and building new trust should start with this item."

German Businesses Urge EU, Berlin to Defend Against US Anti-Russian Sanctions
Buechele welcomed the fact that the German government had previously stated it was open for negotiations between the European Union and the EAEU, and he felt that Berlin should now "use its weight at the European level to remove existing blockades."

During his presidential campaign, incumbent US President Donald Trump promised to change the country’s trade policies by resorting to protectionism. After his inauguration, the leader started to fulfill his promises, which included introducing additional tariffs on aluminum and steel imports, as well as withdrawing the United States from the Trans-Pacific Partnership (TPP) and renegotiating the North American Free Trade Agreement (NAFTA).