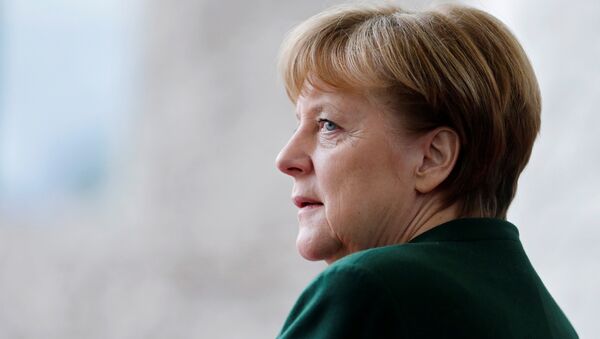 After Georg Maassen, the head of Germany's Federal Office for Constitutional Protection, expressed doubts that migrants had been attacked in Chemnitz, he was forced out. Speaking to Radio Sputnik, Malte Kaufmann, chairman of the Alternative for Germany party, shared his view on Maassen's removal and Angela Merkel's waning support in the country.

Sputnik: What's your take on the report that Georg Maassen could leave his post?

Malte Kaufmann: Well, I think this is a total disaster for German democracy, and it looks like he has to leave his position because [German Chancellor] Angela Merkel wants to get on with her migration policy and Maassen questioned that.

Sputnik: Would this be a justified decision in your view?

Malte Kaufmann: No, not at all. I don't think it's in any case justified. Mr. Maassen has intelligence, information about this video that was posted by an antifa group, and Angela Merkel has right away denounced the people that went on the streets as a brown (shirt) Nazi mob and Maassen, as I said, had intelligence information that there was no manhunt or hunt for foreigners in Chemnitz and therefore he said what he said and I think it's right and he should also be able to do that in a democracy.

Sputnik: Do you think that the events in Chemnitz are likely to alter Angela Merkel's policy on immigration? On the face of it, it does not look she is going to budge one inch.

Malte Kaufmann: Well, the thing is, she really goes on with her agenda, she wants this uncontrolled mass migration and she does not change her policies a bit, you know, even if events like that occur and illegal migrants kill and murder Germans. Criminal rates have been on the rise. In recent years in this respect, rapes are taking place in Germany every week, as well as murders and knife attacks. And she just keeps on with her immigration policy and that's why Maassen has to go as well.

Sputnik: Does this seem like a situation where you have two very strong weird situations here you're facing of? Where is it going to lead to because obviously there's a lot of indifference by proportion of the German population with regard to the immigration policy and now having these terrible events with people actually losing their lives because of immigrants? There's obviously a lot of feeling around but Angela Merkel is still very, very strong and vehement with her policy. How is this going to be resolved, what is going to be affected? She is obviously in a very weak position in a hung parliament. Is her support slowly fading away?

Malte Kaufmann: It's totally correct. I think the support is fading day by day. Even in her own party. I was myself in the [Christian Democratic Union of Germany] CDU for 14 years and I have many friends in this party and they are all shocked about the developments. Also in Europe she is losing ground. You see Hungary, Italy, Austria; you see European countries that are all totally dissatisfied with her migration policy. Also in Germany, I mean the AfD [Alternative for Germany] poll values are on the rise; in the east we are now the strongest party. It just came out a few days ago: (AfD is polling at) 25 percent, one percent ahead of the CDU's 24 percent. So, I mean her support is slowly fading away.