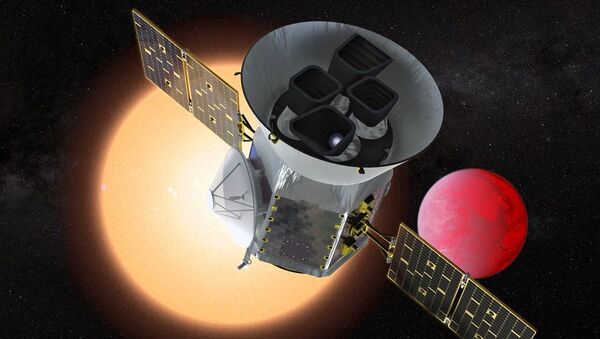 The US' National Aeronautics and Space Administration (NASA) released a jaw-dropping new image captured by its newest planet hunter, the Transiting Exoplanet Survey Satellite (TESS), on Monday, offering skywatchers a look at stars and galaxies sitting on the southern celestial hemisphere.

The image, which was snapped on August 7 over a 30 minute period, captured dozens of constellations, including Capricornus and Pictor, and both the Large and Small Magellanic Clouds, according to NASA's release on the photo. 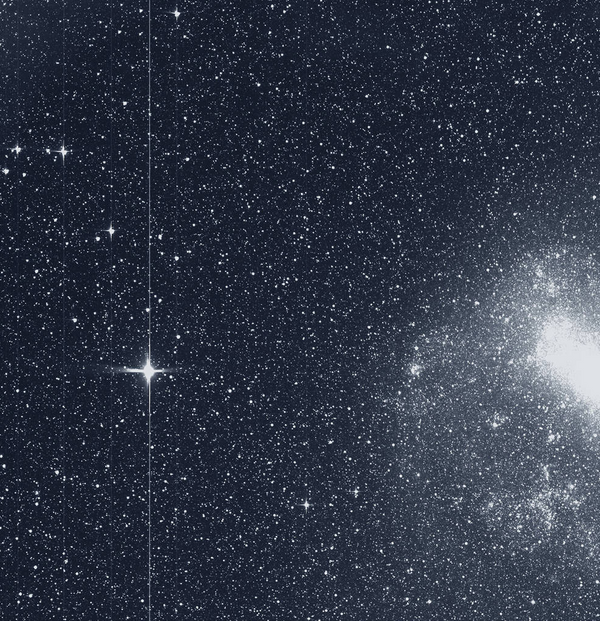 "In a sea of stars brimming with new worlds, TESS is casting a wide net and will haul in a bounty of promising planets for further study," Paul Hertz, astrophysics division director at NASA Headquarters in Washington, DC, said in a statement. "This first light science image shows the capabilities of TESS' cameras, and shows that the mission will realize its incredible potential in our search for another Earth."

TESS also captured the likes of NGC 104, a spherical collection of hundreds of thousands of stars that includes Beta Gruis and R Doradus. Both stars are so bright that they show up as vertical lines of white in images picked up by TESS' second and fourth cameras. 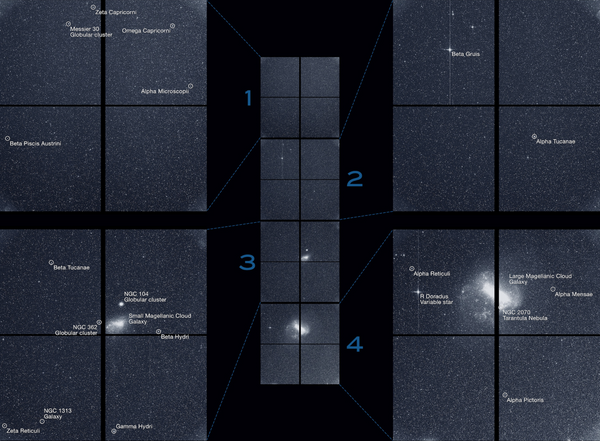 Notable features in this swath of the southern sky include the Large and Small Magellanic Clouds and a globular cluster called NGC 104, also known as 47 Tucanae.
© Courtesy of NASA/MIT/TESS

The image is the first TESS has provided since it officially began its scientific search for planets on July 25. It previously photographed C/2018 N1, a comet discovered by NASA's Near-Earth Object Wide-Field Infrared Survey Explorer (NEOWISE) satellite on June 29.

Designed as a successor to the Kepler spacecraft, TESS will build on the legacy of the planet hunter by targeting stars that are some 30 to 300 light years away and 30 to 100 times brighter than those detected by Kepler, according to NASA.

Kepler and TESS also differ in terms of their respective orbits. TESS will fly in an elliptical, 13.7-day orbit around Earth, a stark difference from Kepler, which followed a longer heliocentric orbit around the sun that took some 371 days to complete, Air & Space Magazine reported.

"The amazing thing about TESS is that it is not actually that novel; nothing on it is actually brand new or pushes the envelope. What is novel is the way it's put together," Sara Seager, TESS deputy director of science at MIT, previously told Sputnik.

"TESS essentially has four, think of it as a glorified telephoto lens, but an extremely custom-made, very expensive lens. And the lenses are actually only about 10 cm in diameter in aperture, but the fact that they're all put together and they cover a very, very wide angle of view — that's what is unique about TESS."

TESS made its way to space on April 18 after being launched atop a SpaceX Falcon 9 rocket from the Cape Canaveral Air Force Station in Florida. The mission duration is expected to last some two years.