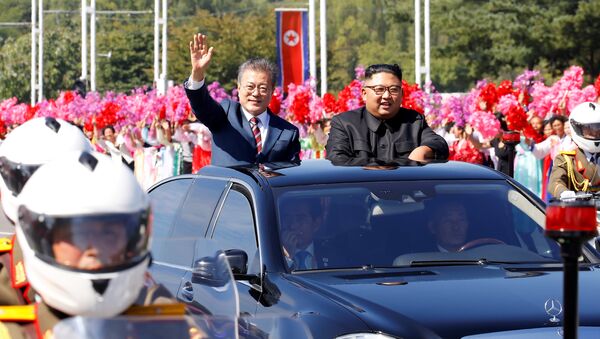 "I am meeting President Moon for the third time and I feel that we have really got closer. We have achieved success thanks to the efforts of President Moon. Relations between the North and the South, relations between North Korea and the United States have improved," Kim said at the beginning of the high-level talks, as quoted by the intra-Korean summit's press center.

During the three-day visit, the South Korean President is set to hold talks with Kim Jong-un and discuss the further improvement of relations, denuclearization and the development of dialogue between North Korea and the United States, as well as the easing of military tension on the Korean Peninsula.

This is the first visit by a president of South Korea to Pyongyang in nearly 11 years; former president Roh Moo-hyun traveled to North Korea back in October 2007.