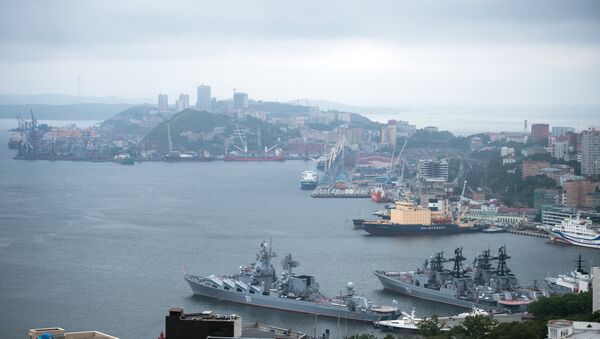 Vladivostok, due to its unique geographical location, and relative proximity to China, Japan, Korea, and the ASEAN nations, has the potential to become an international digital hub. That’s what Julia Charlton, the founding partner of Charltons, a Hong Kong-based corporate finance law firm told Sputnik during the Eastern Economic Forum last week.

Sputnik: You took part in a discussion dedicated to implementing the digital economy and you shared your experience working in this area in Hong Kong, but what could be implemented here in Russia's Far East?

Julia Charlton: So what I talked about was the fact that Hong Kong is a very free economy, so Hong Kong has not gone in the direction of specifically legislating to control crypto or to permit ICOs (initial coin offerings), which is fundraising by issuing tokens often linked to blockchain platforms.

Instead, Hong Kong has applied the existing law, so in the Hong Kong area cryptocurrency like Bitcoin, they've determined, is simply not currency, and it's also not being treated as a security. So that means there's a huge amount of crypto trading in Hong Kong, we have over 20 crypto exchanges in Hong Kong; it's very, very active, one of the world's largest markets.

'The Bridges Of Vladivostok': How EEF Helps Develop Citizen Diplomacy
On the other hand, if you start to add characteristics to pure crypto, then it may get the characteristics of a security, and that's very heavily regulated in Hong Kong, so there's a very grey area as to when crypto becomes a security, and the way the US has gone is they actually say that virtually all ICOs, all tokens are regulated as securities and that's certainly one method.

So one suggestion that may, perhaps, work in the Russia Far East would be to have a sandbox that may allow some of this experimentation and investment to occur in a fairly monitored environment, because you need to avoid fraud, you want to stop money laundering, but, on the other hand, entrepreneurs need to have the confidence to actually grow this, because a lot of this growth is of its nature disruptive and it is going to come from markets, it's not all going to come from government.

Government can provide a framework for it, for example, by giving a sandbox, by having legislation and so on. So that was my suggestion, and I think that Vladivostok is really at the centre of many, many things. It's in Russia, it's next to China — one of the world's biggest economies, it is near Korea, near Japan, it's a gateway to all the central Asian countries as well as to ASEAN, so there really should be nothing stopping Vladivostok.

Russia Developing Friendly Environment for Digital Economy Growth - Putin
I was suggesting that, perhaps, it could become a digital valley to rival Silicon Valley, actually. What's stopping it? It is a very beautiful and inspiring place and Russia has great programming capabilities. Russian engineers are in huge demand everywhere in the world, so I really think there's nothing stopping this area in actually doing this, it needs kick-starting with energy, fundraising and recognizing that it's in the center of the world.

Julia Charlton: Well obviously there's a massive amount of vested interest of peoples existing jobs, careers, structures, because if you sat down to redesign the financial system today, given the capability of the Internet, digital communication, you wouldn't set up a structure as we have at the moment and I think even the Russian Central Bank is apparently looking at having a digital currency because there are so many more possibilities now. So I think some programmers become entrepreneurs, and they're often part of a team, which would develop a new business.

I mean, Vladivostok is at the center of an area which is crucial for transhipment, you can see blockchain applications for agro-business, for sustainable fisheries, to map out the huge resources of the area, all of these could sort of be the catalyst, to oil the wheels of this type of very real trade economy, but to make it happen in a much smoother way. And that type of logistics blockchain and other digital applications could also serve the rest of the world, it doesn't have to be stuck here.

I think people talk about this area as not having a large population, not having the talent, but if there was a digital valley environment recognizing this is the center of the world, possibly with some incentives, certainly with transparency and clear regulation, then I don't see why it wouldn't attract many, many people, there's a lot of vibrancy in this area.

Sputnik: What would it take to create such as zone here? Does is it take just the desire from the local authorities, or would there be a necessity to establish proper training, education to set up all these things here? Maybe foreign specialists, foreign experts who will be setting all this up… or can Russia do it?

Julia Charlton: Russia has its own experts, it really has! The Russians in Hong Kong are all doing amazing things and, perhaps, one of the things that could kick-start it would be an incubator or several incubators. I'm actually working with some clients in Hong Kong who are of Russian origin and they're setting up an incubator in Hong Kong.

Russian Diplomat Explains Why Free Trade Zone Not Yet BRICS Priority
So that's an incubator which will, there are many, many examples in the States, but it basically would screen and groom new businesses in the digital space. It would evaluate their projects, and for the ones which it selected, they would provide them with some kind of funding grant, training and in return for that, take in a section of the equity of the company, not a large amount, and help them move to the next level of funding.

That type of environment could really kick-start SMEs and, as I mentioned, by its nature this kind of technology is disruptive, so many companies will start and they will fail and those same people will go on eventually to create successful businesses because a lot of it is agile development, it is trial and error. I don't think that necessarily a top-down approach to this kind of innovation is the best approach, but this innovation does need the environment to flourish in.

Sputnik: Do you think there are some new things that we can expect with the use of blockchain technology? We've seen many applications with cryptocurrencies, we've seen smart contracts in many areas in production, in trade and agriculture, as you've mentioned.

There's also crowd lending which is not known here in Russia as well as it known in Asia, and I know Russian guys who were here on our program were talking about crowd lending projects in Singapore, are there any new things that we can expect in the coming years?

Julia Charlton: This is a technology where the limits of its applications are really just the limits of people's imagination as to what could be improved through digitalization. Obviously we still need to breathe air, we still have to eat food and a lot of people like material goods, so there a constraint that it cannot replace that, but in terms of the actual wheels of an economy, a lot of parts of that can be replaced, some of that will not be the most efficient way of doing it, but Vladivostok, for example, could be a smart city, you could organize the rubbish collection through blockchain solutions.

Somewhere like Estonia has actually gone the direction of having e-identity so that everybody who wants to can have a digital identity including non-Estonians. I actually went through the application process to try it out.

Views and opinions expressed in this article are those of Julia Charlton and do not necessarily reflect those of Sputnik.