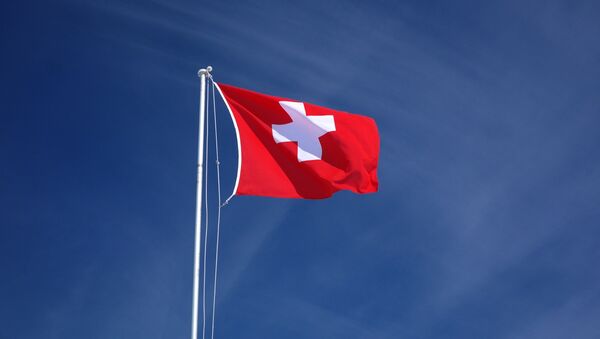 CC0 / /
Subscribe
MOSCOW (Sputnik) - Swiss Foreign Minister Ignazio Cassis said on Monday that he wanted to discuss the matter regarding two Russian nationals suspected of spying on the Spiez laboratory near Bern at his meeting with Russian Foreign Minister Sergey Lavrov next week, the Swiss newspaper Tages-Anzeiger reported on Monday.

Commenting on the issue, the Russian Foreign Ministry noted that Moscow does not accept Switzerland's ungrounded accusations.

"We noted publications in Swiss media outlets, including statements by high-ranking officials, about the allegedly increasing activity of Russian security services in the territory of the Confederation. Our country is being urged to 'stop illegal activities in Switzerland', threats of 'toughening the accreditation procedure' for Russian diplomats going to work in Switzerland are heard," the ministry said.

German Gov't Sued Over Spying on Encrypted Messaging Services
The Swiss newspaper Tages-Anzeiger reported last week that earlier this year, two Russian nationals had been arrested in the Netherlands on charges of espionage and then deported to Russia. The media alleged that the suspects had tried to spy on a laboratory engaged in nuclear, biological and chemical research, but their plot was foiled by a joint operation by Swiss, Dutch and UK intelligence.

"As for Russia, there has been a certain escalation. We have already had several bilateral meetings this year at different levels so we could clearly tell them [Russian officials] that we will not tolerate such an activity in Switzerland. I am meeting with the Russian foreign minister next week. I will tell him about this directly once again," Cassis told the SRF broadcaster.

The Russian Foreign Ministry noted that Swiss diplomats can clarify the issues they are concerned about through diplomatic channels.

"The Swiss side can promptly clarify all the pending issues through the diplomatic channels," a representative of the Foreign Ministry told Sputnik.

The Russian Embassy in Switzerland called the media reports on alleged Russian spies "absurd" and described them as "another attempt to fuel Russophobic sentiments." Meanwhile, Lavrov stressed that Moscow would be ready to "intelligibly" comment on the matter only after receiving the facts.

"We do not accept such unsubstantiated accusations. Escalating 'spy' hysteria for no good reason does not benefit Russian-Swiss relations, which have traditionally been built on the basis of mutual respect and trust. We hope that a responsible approach to further development of bilateral cooperation will prevail in Bern," the Russian Foreign Ministry said.