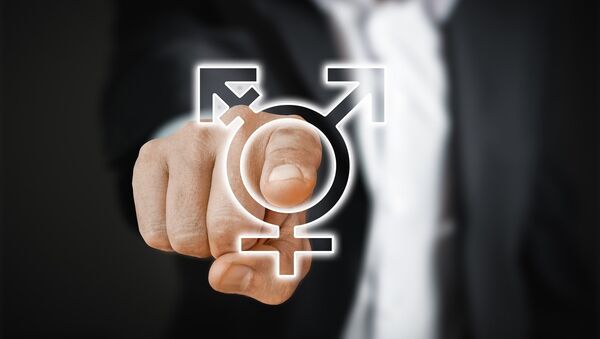 CC0 / /
Subscribe
Following accusations from students, a professor at one of Sweden's leading academic institutions has refused to back down from his confidence in biological differences between men and women, sticking to his belief that gender cannot be viewed as a social construct alone.

Germund Hesslow, a professor of neurophysiology at Lund University, has been asked for an apology over "transphobic" and "anti-feminist" views inconsistent with the so-called "value base," the Swedish website Academic Rights Watch reported.

Hesslow has for many years held a course on "Heritage and Environment" at Lund University's medical program. In his course, the professor cites empirical research supporting the notion that differences between men and women are biologically founded and cannot be regarded as "social constructs alone," which comes in stark contrast to the trend dominant in gender studies.

Following complaints from a feminist student, who found Hesslow's course to be an expression "of his personal anti-feminist agenda," Christer Larsson, the chairman of the program board for medical education, summoned Hesslow for a meeting within the management team. Hesslow was asked to "distance himself" from two of his claims: "Gay women have a male sexual orientation" and another one about transsexuality, "Whether it's a sexual orientation is a matter of definition" — which he refused to do.

"I think I have done enough to explain and defend my choice of words. At some point, one must ask for a sense of proportion among those involved. If it were to become acceptable for students to record lectures in order to find compromising formulations and then involve faculty staff with meetings and long letters, we should let go of the medical education altogether. The fact that the situation has gone this far is because most students do not have this attitude," Hesslow wrote in his answer.

Furthermore, Hesslow rejected accusations of having a "political agenda," explaining that his only "agenda" was to let science permeate and steer all university proceedings.

"Ideology, politics and prejudice form the conventional outlook, not science," he pointed out.

Dating back to a Franciscan school founded in the 15th century, Lund University is Scandinavia's oldest. It has an academic staff of about 5,000 lecturers and about 42,000 students and has consistently ranked among the world's top 100 universities.

000000
Popular comments
A small uninteresting point might be, Men can,t have babys.
stevenrobertchurchill
17 September 2018, 13:22 GMT8
000000
The physical differences also are a major driver of the psychological differences as well. The sexes are different and wonderfully complimentary to each other.