What to Expect When Brexiting: Prognosis for British Currency, Economy Response 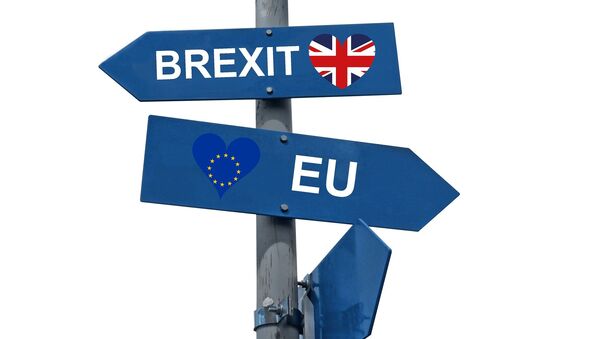 CC0 / /
Subscribe
International
India
Africa
Financial landscape in Britain seems much clearer and the currency is rallying, according to a leading fund manager in London's asset management firm.

EU's chief negotiator has been reported to say on September 17 that "some parts of the draft withdrawal agreement have already been agreed in principle by the UK and the EU negotiators."

While the negative impact of Brexit no deal fears led to sterling losses against the dollar in August 2018, recent reported progress in negotiations boosted the British currency.

READ MORE: Sharp Fall for British Pound While May Prefers No Deal Over Bad Brexit Deal

"The landscape seems much clearer as we have seen descent progress in the Brexit negotiations with both parties expressing optimism as they have stated that they are not far from reaching a deal. The market has been a recipient of the good news as we have seen the currency rallying and the interest rates going higher which is currently a good thing as Bank of England is in the process of tightening the monetary policy," a London top financial analyst, who wished to remain anonymous, told Sputnik.

According to the fund manager working in London's City district, "in case a soft Brexit deal is reached between Brussels and London, we should expect":

In case of a hard Brexit scenario:

Among the reasons for economic slowdown, the analyst identified strong currency leading to higher inflation and rates remaining lower, while the economy remains too fragile to raise them and fight inflation. At the same time, the unemployment climb would moderately surge, reacting to businesses leaving Britain.

Mr. Barnier on Monday stressed that Britain and the EU bloc can reach a deal if they preserve the integrity of the EU's single market.

In Madrid today, cordial meeting with @sanchezcastejon to prepare for #Brexit #Salzburgsummit18. A deal with #UK is possible if integrity of Single Market is preserved. Full support for Spain in its negotiations w/ UK on #Gibraltar, which need to conclude asap. pic.twitter.com/lEhR65DSdK

Monday also saw the International Monetary Fund warn of a negative economic impact if Britain walks away from the negotiation table without a deal.