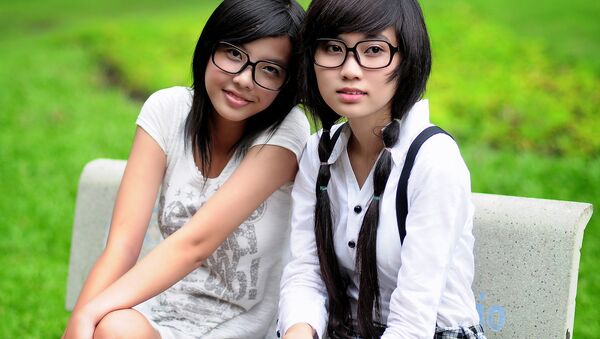 © Photo : pixabay
Subscribe
Taiwan has allowed Chinese students to study in its universities since 2009.

China's state television launched a show purporting to show how Taiwanese intelligence officers approach Chinese students on the island nation and attempt to recruit them as spies against Beijing.

The first of its kind TV show alleges that Taiwanese spies lure gullible Chinese students with money, love and friendship, the Guardian reported.

In the meantime, officials in Beijing accused Taiwan of stepping up efforts to steal sensitive information with the aim of "infiltration" and "sabotage," and warned the island nation against further worsening its already weak ties with mainland China.

Catching Up: China-Wary Europe to Boost African Economies
The allegations following attempts by China to persuade Taiwanese people to settle on the mainland permanently, offering them identity cards and other incentives.

In response, Taipei has warned its citizens against the risks of settling in a country where the internet is heavily censored, alongside other drawbacks, News.com.au reports.

In 2017, Taiwanese officials sentenced a Chinese student to prison after charging him with creating a network of spies across the island and using his contacts in schools and a government department to collect sensitive information, according to the Guardian.

Despite the tensions between Beijing and Taipei, Chinese students have been allowed to study in Taiwanese universities since 2009.

The current administration in Beijing views the island as a province of China and continually seeks to enolf the sovereign nation via diplomatic measures, although a military takeover has never been taken off the table, according to News.com.au.