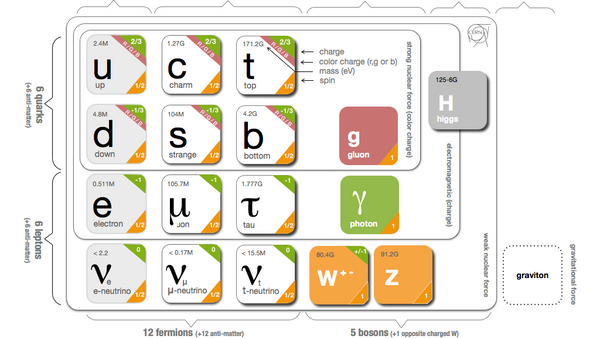 © National Science Foundation - US Dept. of Energy
Subscribe
Inhabiting a decidedly non-Newtonian reality, quantum computing’s use of the physics of subatomic particles offers a technological leap wider than that of the jump from analog to solid state circuitry.

The US House of Representatives on Friday passed a National Quantum Initiative Act that, if signed into law, will detail a decade-long proposal to provide resources, regulatory assistance and cash to bolster the rapidly expanding field of quantum computing.

The initiative will provide funding for the expansion and realization of working tech that uses the often bizarre and improbable physics surrounding the use of subatomic particles as computing devices.

The development of quantum technologies is advancing globally at a feverish pace and the House bill is designed, in part, to "ensure the continued leadership of the United States," in the field.

By increasing the amount of research being performed, Capitol Hill seeks to assure US dominance in the promise of a practical new technology that will be able to perform data crunching feats outside the scope of current computing tech, including manipulating the kind of massively large datasets required to simulate the behavior of molecules, weather and galaxies.

"At a time when China, Europe, and Russia are investing heavily in quantum research and technology development, it is imperative that we do everything we can to maintain our global standing as the leader in this area," stated Johnson and bill co-sponsor congresswoman Eddie Bernice Johnson (D-TX).

"Global leadership in quantum computing brings with it a military and intelligence edge as well as a competitive advantage in what many expect to be a massive industry in the decades to come," the pair noted in an official news release, cited by Gizmodo.

The promise of quantum computing technology is not shy about what it could conceivably provide, including tech and science breakthroughs on an unimaginable scale in disciplines as diverse as communications, cybersecurity, imaging, surveillance, space exploration, medicine, materials and much more, according to Gizmodo.

The new bill, if passed by the US Senate and signed into law by the president, will see the creation of a National Quantum Coordination Office (NQCO).

The creation of an NQCO would also include a committee of advisors from the spheres of industry, academia, and federal research organizations, although it is not detailed what relevance a secular advisory body would be allotted by a federal branch.

Experts and tech watchers note that humanity is in the very early days of exploiting quantum processing for the purpose of computation, and that, practically speaking, every new development is akin to a ‘technological breakthrough.'

Industry players, particularly chipmakers IBM and Intel — as well as tech giants Microsoft, Apple and Google — are beating the drum for additional resources to be brought to bear for the rapid realization of quantum computing, according to Wired.