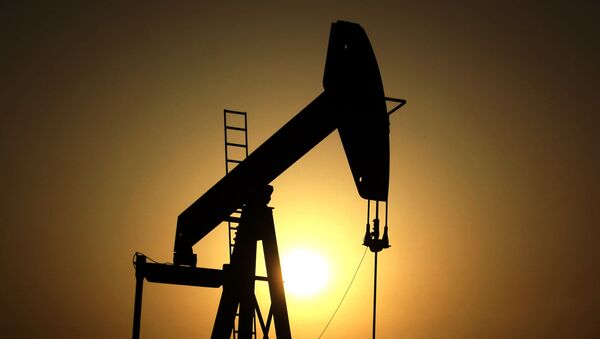 © AP Photo / Hasan Jamali, File
Subscribe
International
India
Africa
Hossein Kazempour Ardebili, Iran’s representative in the Organization of the Petroleum Exporting Countries (OPEC), said that the United States’ goal of cutting off Tehran’s oil exports is impossible because of a tight oil market and the inability of Iran’s competitors to make up for the shortage.

In an interview with Reuters, Ardebili argued that removing Iranian oil from the market would create a "supply shortage" for which other oil producers could not compensate.

"There is no spare capacity anywhere," he said.

The Trump administration seeks to cut off Iran's oil exports entirely before November 4, PressTV reports, and it has urged other oil producers, such as Saudi Arabia, Russia and other OPEC nations, to pump more oil to keep the supply steady.

World
Pompeo Blames Iran's Khamenei for Sacrificing Muslims in Exchange for Oil Profit
US National Security Adviser John Bolton said last month that the US will exert "maximum pressure" to change Iran's "behavior," and that Washington is prepared to use additional sanctions to drive Iranian oil exports to zero.

"Regime change in Iran is not American policy, but what we want is massive change in the regime's behavior," Bolton said, adding, "We are going to do other things to put pressure on Iran as well, beyond economic sanctions."

The anticipated loss of Iranian oil, combined with an already declining supply from OPEC countries and Venezuela, has boosted oil prices, which earlier this week hit $80 per barrel, the highest price since May, PressTV reports.

After US President Donald Trump in May unilaterally abandoned the Joint Comprehensive Plan of Action (JCPOA), known commonly as the Iran nuclear deal, the US re-imposed sanctions on Tehran that had been lifted earlier by then-US President Barack Obama. The sanctions target Iran's purchases of US dollars, its trade in gold and precious metals, and its automotive sector. The sanctions on oil and the central bank of Iran are expected to come into effect November 4.

Back in August, Ardebili commented on that, saying the US president had apparently been duped by Saudi Arabia into believing that Riyadh could replace any Iranian oil cut from the market.

"It seems President Trump has been taken hostage by Saudi Arabia and a few producers when they claimed they can replace 2.5 million barrels per day of Iranian exports, encouraging him to take action against Iran," Ardebili said.