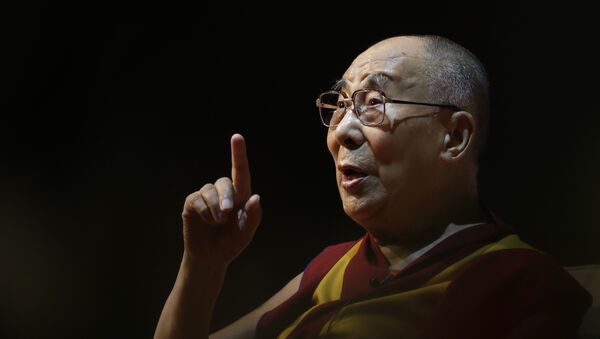 The Tibetan leader, himself almost a lifetime refugee, shocked the country that during the 2015 migrant crisis took in the most refugees per capita by saying that refugees coming to Europe will have to return home someday.

"Europe belongs to Europeans," the Dalai Lama said at a conference in Malmö during his trip to Sweden, provoking strong reactions in some of Europe's most migrant-friendly countries.

The 83-year-old spiritual leader of Tibetan Buddhists said that while Europe was "morally responsible" for helping refugees "facing mortal danger," refugees who come to Europe must be able to return to their respective homelands and rebuild them.

"Receive them, help them, educate them… but ultimately they should develop their own country," the Dalai Lama, who fled his own country during the Tibetan uprising in 1959 and has lived in India as a refugee ever since, said in Sweden's third-largest city of Malmö, where over half of the population is of non-Swedish descent. "They will not remain in Germany or Sweden permanently. Eventually, they will return to their homelands," he said.

This caused strong reactions in the Nordic country, which prides itself on its humanitarian efforts. Rakel Chukri, the cultural editor of the daily newspaper Sydsvenskan, called the 1989 Nobel Peace Prize winner a "happy pensioner with rock stardom," blaming his "square view of identity" on the fact that he himself has been a refugee for almost 60 years.

Katrin Goldstein-Kyaga, Tibet researcher and professor emerita at Stockholm University, ventured in an opinion piece published by national broadcaster SVT that the Dalai Lama's statement is likely to be misinterpreted by the "far-right." She also suggested that his entire worldview as an almost lifelong refugee revolves around the idea of return. Lastly, she stressed that while the Dalai Lama is often expected to have an opinion on everything from the Swedish election to homosexuality and gender equality, this often after a ten-hour flight from India, he is but a "simple Buddhist monk," reminding of the fact that himself often admitted that he is knowledgeable only in Buddhist philosophy.

However, the Dalai Lama has repeated the same message on several occasions. In 2016, he said that Germany should "remain Germany" and not "become an Arab country," adding that the refugees in Europe were "too many."

Similarly, he often pointed out the mass immigration of the Chinese to Tibet as the biggest threat to his nation's identity, potentially reducing the Tibetans to an insignificant minority.

In the past several years alone, Sweden, a nation of 10 million, took in over 200,000 immigrants. As of 2017, around 25 percent of Sweden's population had immigrant background, while 18.5 percent were born abroad.