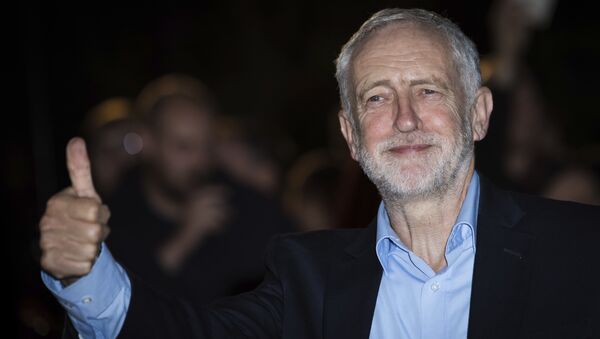 The General Secretary of the one of the UK’s largest trade unions has said that Israel clandestinely engineered the Labour Party’s anti-semitism scandal in an effort to distract from its “atrocities” against the Palestinians.

Mark Serwotka, a steadfast ally of Labour leader Jeremy Corbyn and chief of the Public and Commercial Services Union (PCS), said that Tel Aviv has "tried to create a story that does not exist," in comments that are likely to rekindle accusations of Labour anti-semitism.

Serwotka made his comments at a fringe Palestine Solidarity Campaign event taking place as part of the Trade Union Congress (TUC) conference in Manchester. He also reportedly said in reference to allegations of anti-semitism that the Labour Party had "allowed a lot of this to drag on, in a way that actually didn't help anybody."

At last, a man brave enough to speak the truth!!
Being anti Zionist is not being anti Semitic!!#FreePalestine #jeremycorbyn

​Serwotka's rather controversial statements, which were first reported by the UK's Independent Newspaper, also included a jab at US president Donald Trump.

"In a year when Donald Trump has moved the US embassy from Tel Aviv to Jerusalem, in a year when dozens of Palestinians, including children, were gunned down — unarmed innocent civilians — by the Israeli military, in a year when the Americans are cutting off aid… isn't it a vile world when, instead of being on the front foot, denouncing these atrocities, demanding an independent and sovereign state for the Palestinian people, we have had a summer of asking ourselves whether leading Labour movement people are in any way anti-Semitic?" Said Mr Serwotka.

Poor little Israel can’t do their genocide in peace. It’s about time more people spoke up about it, people too scared cause they throw the anti Semitic accusation at you

​In a snipe at Israel, he also added that, "Now I'm not a conspiracy theorist, but I'll tell you what — one of the best forms of trying to hide from the atrocities that you are committing is to go on the offensive and to actually create a story that does not exist for people on this platform, the trade union movement or, I have to say, for the leader of the Labour party."

​Statements of both support and condemnation came thick and fast.

Euan Phillips, a spokesperson for the Labour Against Antisemitism group is reported to have said, "Mark Serwotka's speech is a stark illustration of how deeply embedded antisemitism is within the Labour movement. To intimate that the Israeli government is somehow responsible for the antisemitism crisis that has torn across the Labour party this summer is a baseless lie."

On the other hand, a PCS spokesperson has been quoted as taking a different tone, saying that "Mark spoke at a Palestine Solidarity Campaign fringe event at the TUC — an organisation PCS is affiliated to. He made the point at the start of the meeting, that we need to oppose antisemitism in society and within the Labour movement."

"But we should not allow the issue of antisemitism to be used by people who are attempting to silence Palestinian voices as they legitimately struggle for their rights as a sovereign state," he added.

According to reports, Mr Serwotka was booted from the Labour party in the 1990s for being a member of an outside far left-wing group. He was however, given permission to rejoin in 2015 by Jeremy Corbyn after he won the Labour leadership bid.